With most motorcycle shows postponed to 2021, manufacturers are getting creative with the ways they unveil new and updated models this year. Digital platforms have given them an opportunity to think a little outside of the box. From virtual shows to live streams to web series, 2020 ushered motorcycle launches in a new era.

For Triumph, thinking outside of the box meant bridging the microscopic gap between motorcycle and art by introducing its latest project at the London Design Museum. Meet the all-new Triumph Trident prototype.

Back in March, 2019, the House of Hinckley’s design division trademarked the name “Trident” in Europe, one we hadn’t seen adorn the tank of a Triumph since 1975. It obviously sparked the rumor that the historical name would make a comeback. It took a little over a year but we finally have the confirmation that the Trident will, in fact, be revived—without its BSA twin, this time.

The prototype—clad in white like a 21st Century Greek (British?) marble statue—took Triumph no fewer than four years to develop. The maker notably enrolled the services of Italian designer Rodolfo Frascoli—the man behind the new Tiger 900 and Suzuki Katana’s designs—to inject the new model with a bit of Italian flair.

The result is a roadster design that elegantly meshes elements of the past, like the fuel tank with the striated knee dents and the single, round headlight, with a modern silhouette reminiscent of the Speed Triple.

The maker confirms that the Trident will become the new entry-point in its inline-triple lineup and use a mid-size version of its famous three-pot mill. If the price is as good as Triumph suggests, the Trident will give such models as the Kawasaki Z650, the Yamaha MT-07, and Honda CB650R a serious run for their money.

The new Triumph Trident is expected to land in the showrooms in early 2021 but we can expect to see the production version and the full list of specs before that. 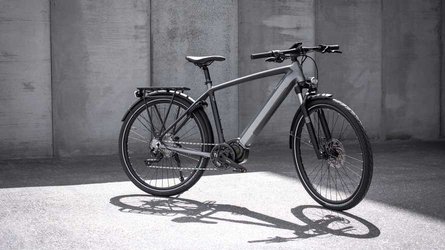 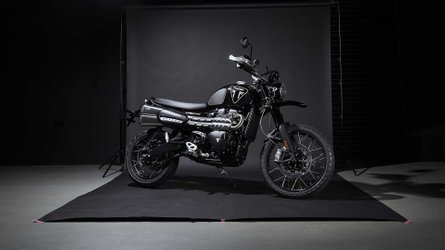