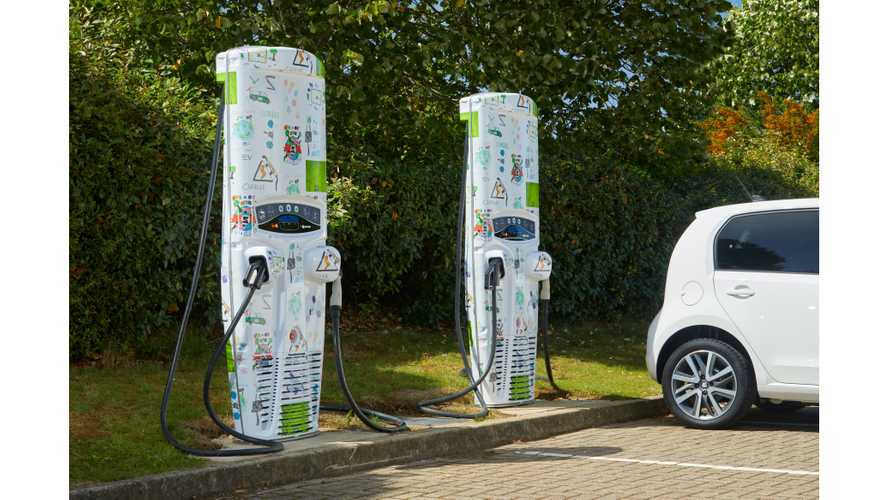 So far the design has been rolled out in Milton Keynes.

Seat has taken childrens' designs and used them to spruce up electric vehicle charging points after research from the Spanish marque showed that a third of UK motorists found them ugly.

The design, made up of a mosaic of 10 drawings from different kids aged three to 13, was made to inspire more to take up EV ownership.

Lucid Air will be fastest charging EV, adds 300 miles of range in 20 minutes

It has been applied to a charging point in Milton Keynes, with a further roll-out planned for Seat and Cupra's UK dealer network.

"The design is truly inspirational as we know the next generation are more focused on sustainability issues than ever before," said Seat UK managing director Richard Harrison. "We hope that this means that more people will look to electric vehicles in the future and will support the continued growth of EV infrastructure.

"The roll-out of the Seat and Cupra electric vehicle line-up demonstrates our commitment to reducing our carbon footprint here in the UK and globally."

Seat's survey also found that 49 percent of UK motorists would be happy to have a public charging point installed on their road, with that number increasing on the condition that the charging points be made to look more appealing. More than a quarter of respondents (27 percent) said that they thought charging points are an eyesore, with drivers from London and the North East most likely to feel that way.

In terms of age brackets, 60 percent of 25-34-year-old were in favour of having an EV charger installed on their road, compared to just 37 percent of over-55s. Both figures increased by 10 percent when asked if the chargers looked more attractive.