This completely stock S8 is more than half a second quicker to 60 mph than what Audi claims.

When it comes to fullsize luxury saloons, all eyes are on Mercedes as the S-Class W223 will be officially revealed in a little over a week. BMW has already been spotted testing the next-gen 7 Series while announcing its revamped luxobarge would be offered as an electric model. As for Lexus, it recently gave its LS a nip and tuck bringing more tech and improved comfort.

What has Audi been doing in the meantime? Well, the Four Rings have been relatively quiet about their range-topping model, only saying a pure EV version is not coming and that plans for a level 3 semi-autonomous driving system have been shelved. Fans of the Ingolstadt-based marque are also disappointed to see Audi is stubbornly against the idea of an RS8, but this video from Carwow goes to show a full-fat RS model might not be necessary after all.

Head to Audi UK’s website at the section reserved for the S8 and you’ll find all the juicy numbers, including a 0 to 60 mph time in 3.8 seconds. It’s unquestionably an impressive feat for such a large and heavy car, but as it turns out, the fancy saloon is considerably quicker. German automakers are known for deliberately underestimating a car’s performance, and in the case of the S8, the differences between what the specs sheet says and the real world are striking.

For his review of the Audi S8, Carwow’s Mat Watson used a dedicated device to measure the car’s performance, and as you can see from the adjacent video, the numbers are downright impressive. The sprint took as little as 3.24 seconds, thus making the Mercedes-AMG S63 rival more than half a second quicker than what Audi claims. To put that number into perspective, a fully-fledged supercar such as the R8 in its base version completes the task in just about the same time. 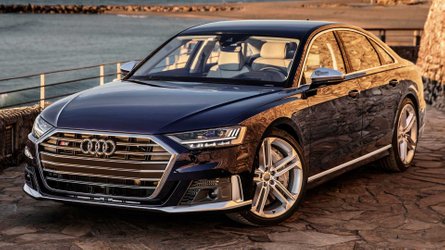 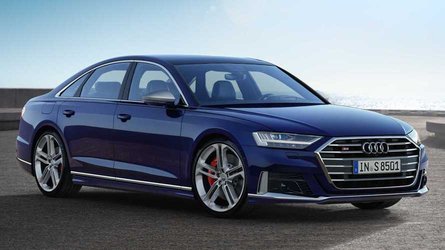 The 0 to 100 mph (161 km/h) job was achieved in just 8.09 seconds en route to a quarter-mile run completed in 11.52 seconds – all done while the driver was enjoying what is arguably the fanciest Audi interior ever. It's important to point out that as with all fullsize luxury saloons, the S8 is a bit of a porker, weighing in at 2,404 kilograms (5,302 pounds).

What does the future have in tow for the A8/S8 lineup? While an S8 Plus / Performance version has yet to be confirmed, we do know Audi plans to introduce an “especially luxurious and prestigious derivative.” It could be the long-rumoured Horch revival based on the long-wheelbase model to take on the Maybach S-Class.