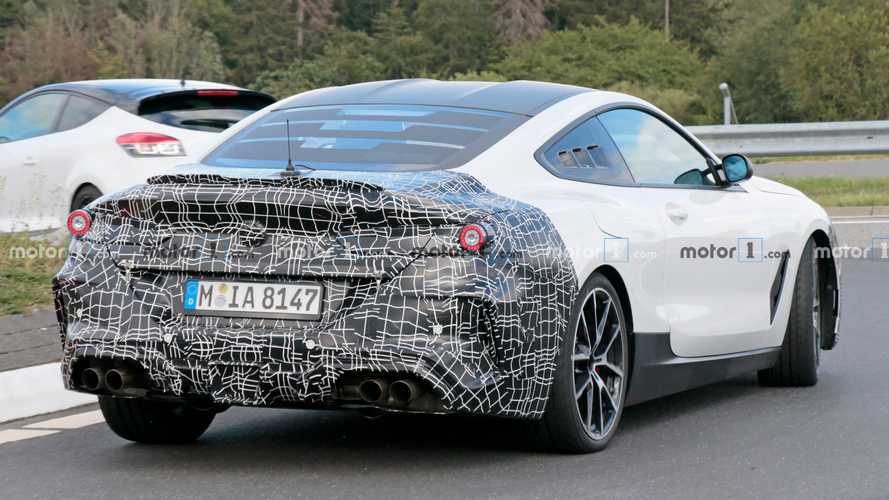 What’s BMW trying to cool in the rear?

BMW revealed the 8 Series Coupe nearly two years ago. Since then, the automaker has introduced the convertible, the four-door 8 Series Gran Coupe, and the higher-performance M8. Sales of the pricey BMW haven’t taken off, though it’s still too early for a mid-cycle refresh. However, a new batch of spy photos shows a partially camouflaged 8 Series Coupe with some strange features that have us scratching our heads.

At a glance, nothing looks out of the ordinary. However, upon closer inspection, you can spot the tweaks. For one, the rear side windows are gone, replaced by vents and blacked-out coverings. What does BMW have to cool in the boot? The rear glass is also covered, attempting to obscure whatever lies underneath it. However, it’s not fully covered, though we can’t see into the rear from the photographer’s perspective.

There are other, subtler changes made to the car. At the front, the lower grille and intake coverings are gone. You can spot the intercoolers tucked behind the valance. Camouflage covers the rest of the front clip, though we can still see the headlights. At the rear, everything is covered, including the taillights, which aren’t production units you see sticking out. The lower rear bumper features a different diffuser design than we’ve seen, with the exhaust cutouts appearing to be larger than they are on other 8 Series models.

There aren’t many parts of a car at its rear that’d require cooling unless the engine is sitting back there. That’d explain the side windows and rear glass, but it seems doubtful that BMW would still be building a mid-engine car. There were reports earlier this year saying that the German automaker had cancelled its hybrid supercar, which may have benefited from such a powertrain layout. We doubt this is it; however, we also don’t know what BMW is doing, either, so it’s anyone’s guess about this teat vehicle.