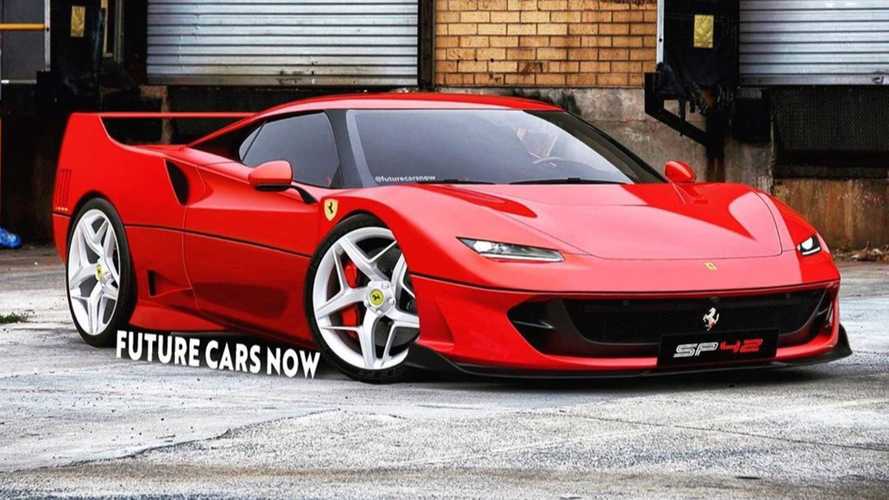 There’s a wild rumour circulating the Internet that Ferrari is preparing an F40-inspired one-off project that should debut in just a few weeks. We advise you to take this speculation with a healthy dose of salt but that doesn’t mean we are not intrigued just like you.

Apparently, the idea for a modern F40 revival is something that inspires designers to dream and that was probably the case with the FutureCarsNow page on Instagram. This is where we found this interesting F40-inspired rendering as a preview of what to expect if the rumour turns out to be true.

Believed to be carrying the SP42 nameplate, the rumoured F40 ideological successor should allegedly be based on the F8 Tributo and use its 3.9-litre twin-turbo V8. While that generally means it could use the mid-engine sports car as a foundation, this rendering takes the SF90 as a base.

The edgy lines of the F40 seem to transform well into a 21st-century supercar. Our favourite detail would have to be the fixed wing at the back, which is a direct throwback to the original from the late 1980s and early 1990s.

Honestly, we have our huge doubts Ferrari is actually working on an F40-inspired project. However, we really wish the Italian supercar automaker surprises us later this month with something rather special. And if it’s anything close to this rendering, colour us intrigued.

The door is still a few inches open as we all know Ferrari is no stranger to wild one-offs commissioned by customers. Take the SP38 for example, which was revealed in 2018 as an answer to the needs of "one of Ferrari’s most dedicated customers." Our fingers remain crossed.