Help us identify this mystery Rolls.

Rolls-Royce is busy putting the finishing touches on the all-new Ghost that should be revealed later this year. It will be designed from the ground up and will share nothing but the Spirit of Ecstasy emblem and the door-stowed umbrellas with its predecessor. Apparently, meanwhile, the engineers of the brand are also developing something very interesting as this spy video suggests.

Published by CocheSpias on Instagram, the video is short and kind of blurry but suggests Rolls could be developing a one-off model of some sort. This is obviously a heavily camouflaged prototype and aside from the full-body camouflage foil, there also appear to be a number of false panels.

Given the huge amount of disguise, we tend to believe this isn’t the final form of the rear end. It does appear to look like a shooting brake or similar in its shape, but we suppose the actual shape below the camouflage is vastly different.

Taking a look at Rolls-Royce’s recent activities, something tells us this test car could be related to the leaked patent images from July this year. They revealed a modified version of the Sweptail one-off and while this prototype doesn’t seem to match the design much, this could be an early development vehicle for it. 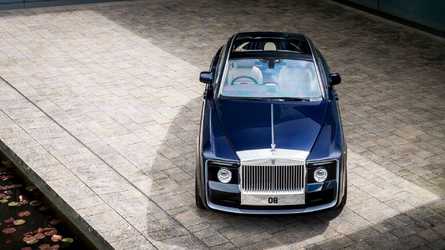 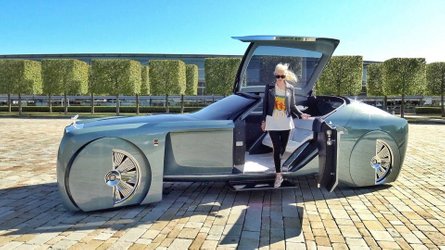 Of course, there’s also the possibility that this is a completely different vehicle - a modified new Ghost, perhaps? We know Rolls-Royce has expertise in creating bespoke cars for special customers - take the Sweptail and Hyperion for example, and we won’t be surprised if this example turns out to be something never seen before from the brand.

Whatever the case is, we are intrigued. We hope to learn more in the coming weeks so stay tuned.