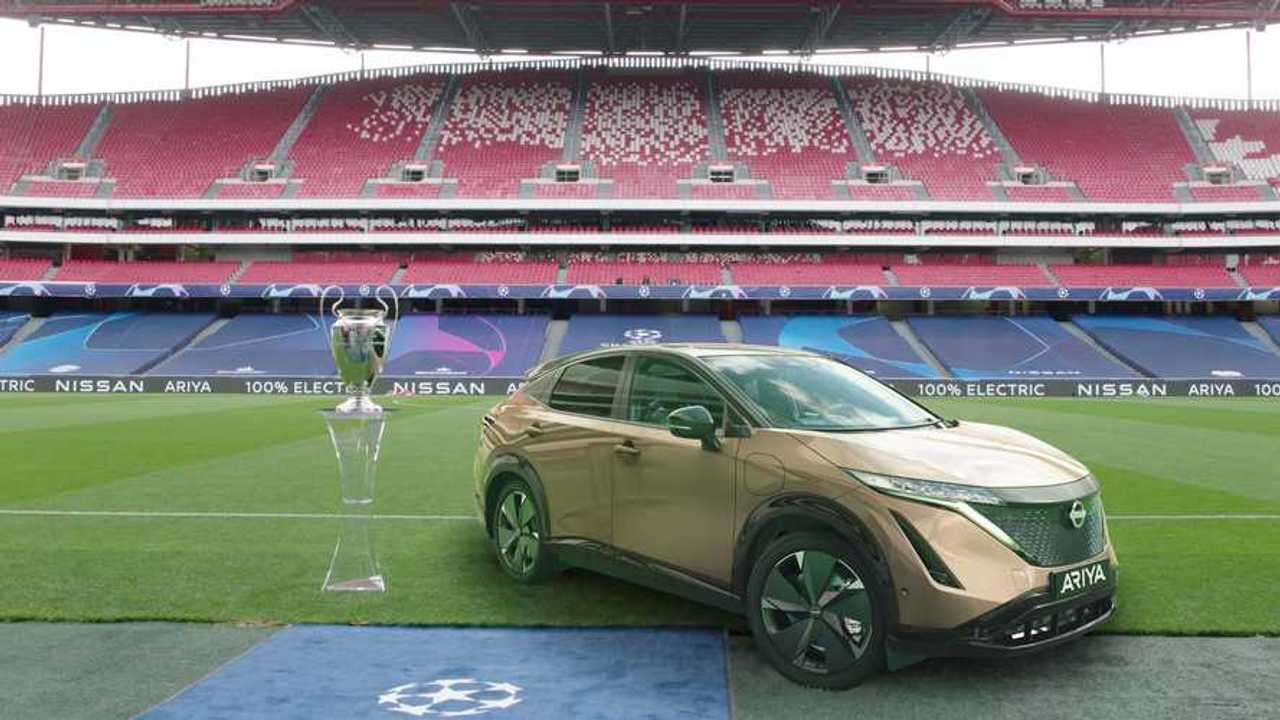 Select Leaf owners will get to watch club football's biggest match at a drive-in cinema.

Nissan is giving 50 Leaf owners an opportunity to experience this year's UEFA Champions League final in a drive-in cinema.

With fans unable to attend the biggest match in club football this year because of the coronavirus pandemic, Nissan is aiming to give a lucky group of fans a chance to experience the game at a secret location in Portugal.

Among those invited so far is the of the 5,000th Leaf sold in Portuga,l and UEFA Champions League legend Nuno Gomes. Fans attending will also get the chance to have a photo taken with the Champions League trophy before it heads to the stadium for the final, with all necessary hygiene measures in place, of course.

Nissan will also parade the trophy through Lisbon to Estadio Da Luz aboard its electric performance concept car, the Nissan Leaf Nismo RC.

"For six seasons now, we have been electrifying the UEFA Champions League Final," said Gareth Dunsmore, vice president for marketing communications, connected car services and customer experience at Nissan Europe. "This year, we felt even more motivated to add to the excitement of the event.

"Nothing can recreate the excitement of being in the stadium, but we hope we can give our LEAF owners the next best thing."

The event will also be the first in which Nissan's new brand logo will be used. Unveiled recently alongside the all-new Nissan Ariya electric crossover, the new logo will be featured prominently during the brand's activities surrounding the match.