2021 Subaru Levorg estate revealed, could hint at next WRX styling 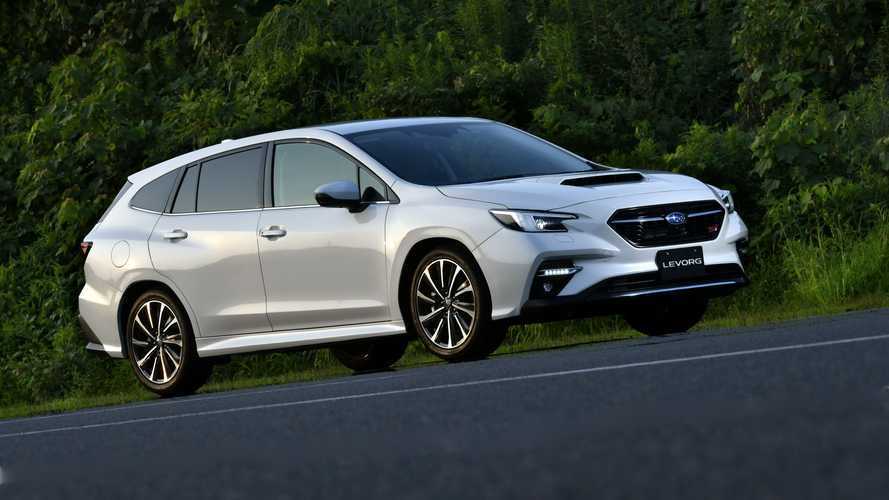 The spicy STI Sport further alludes to what the future has in tow for the WRX / WRX STI.

It’s perfectly understandable why the word “Levorg” might not ring a bell. First of all, the model’s designation is technically a portmanteau of three words (LEgacy, reVOlution, touRinG). The estate was initially a Japanese-only affair when it launched back in 2014, but has since been introduced in other markets, including the UK in 2015, Australia and some other European countries.

Subaru is now launching the second generation in the Land of the Rising Sun, following prototypes of the regular model and STI Sport trim unveiled in October 2019 and January 2020, respectively. Unsurprisingly, the cars are spitting images of the prototypes, but it’s the first time we’re seeing the interior. The most eye-grabbing feature is certainly the portrait-oriented 11.6-inch touchscreen for the infotainment system, accompanied by a 12.3-inch fully digital instrument cluster. The interior rearview mirror is of the digital variety as well.

While the exterior might give you the impression we’re dealing with a facelift of the first-gen Levorg, this is actually an all-new car. It rides on the Subaru Global Platform and uses a newly developed 1.8-litre flat-four turbocharged boxer petrol engine originally announced with the aforementioned Levorg prototype late last year. We now have the juicy power numbers: 174 bhp (130 kW) and 300 Nm (221 lb-ft) of torque.

Compared to the model it replaces, the revamped Levorg should be more spacious inside as a result of an increased footprint. It’s 65-mm longer than before (now at 4755 mm / 187.2 inches) and 20 mm of the stretch has gone into the wheelbase, now measuring 2670 mm (105.1 inches). Open the handsfree tailgate and you’ll have access to a more voluminous cargo area that can swallow 561 litres (19.8 cubic feet) or 72 litres (2.5 cubic feet) more than before.

The Levorg is relevant not just because we’re big fans of wagons, but also due to its connection to the next WRX and WRX STI. It’s widely believed the high-performance saloons will inherit most of the styling, both inside and out. Details regarding what will power the WRX models are shrouded in mystery as while some say it could use a beefier version of this new 1.8-litre turbo, while others suggest the dynamic duo will inherit the Ascent’s 2.4-litre turbo unit.

The new WRX STI is said to offer at least 400 bhp and 490 Nm (361 lb-ft), which would be a big jump compared to the 260 bhp (190 kW) and 376 Nm (277 lb-ft) in the Ascent. Extracting that kind of power from the smaller 1.8-litre turbo seems highly unlikely. While the hotter STI will reportedly come only in a stick shift flavour, the normal WRX might be offered with three pedals and a CVT.

An official reveal could take place sometime in 2021.