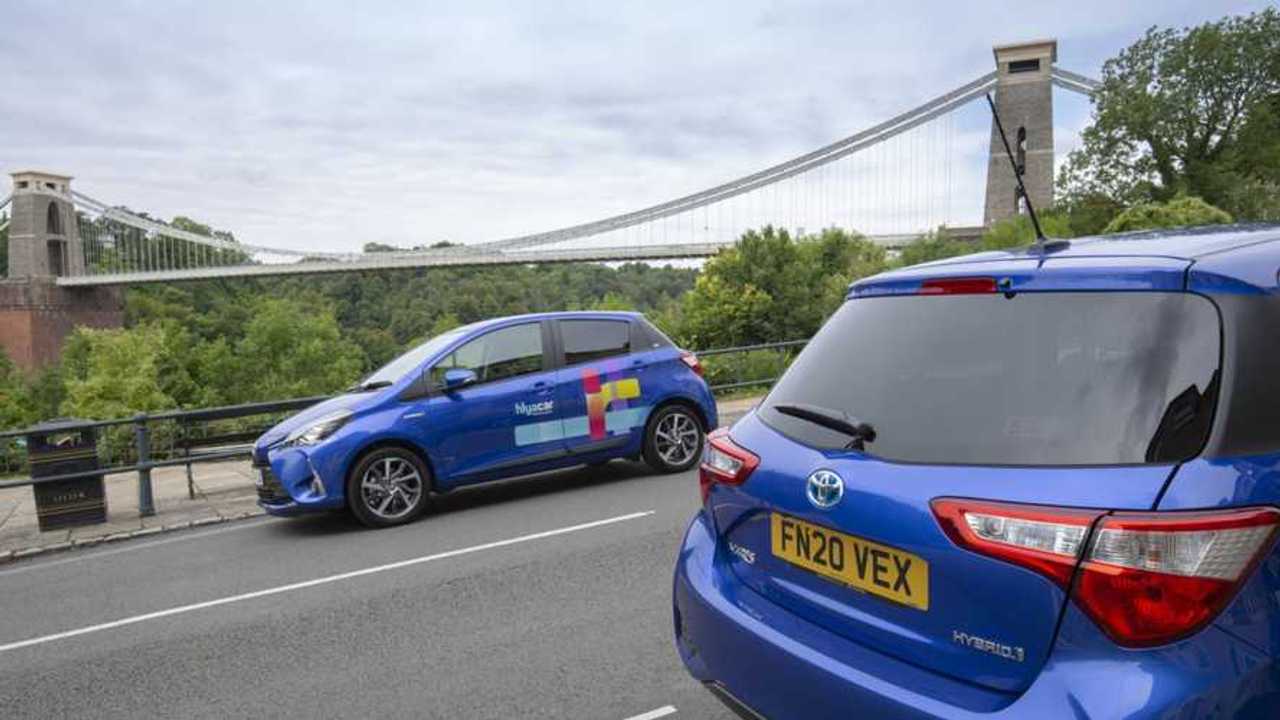 Hiyacar's Bristol operation will lend out the new hybrid hatchbacks.

Toyota has helped to launch a new car-sharing scheme in Bristol by providing the initiative with 25 new Yaris Hybrids. The new Hiyacar rental business has already operated successfully in London and Brighton, and now hopes to offer customers a similar service in the south-west of England.

Launched in 2016, Hiyacar boasts more than 100,000 members who can make use of vehicles in London and Brighton, but it has chosen to branch out from the south-east. Bristol was chosen as the next centre for the service thanks to the city’s “focus on sustainability” and what it calls “a growing demand” for car-sharing as the UK’s coronavirus restrictions are lifted.

The business model works by allowing members to search for and request available cars in their area that meet their specific needs, while car owners can also generate additional income by renting their vehicles out to others. All the relevant insurance and technology is provided by Hiyacar.

More on the new Toyota Yaris:

New Toyota Yaris goes on sale with prices starting at £19,910

The Bristol scheme is being launched with the fleet of Toyota Yaris Hybrids, which have only recently arrived in the UK. The new models start at just under £20,000 and come with a 1.5-litre petrol-electric “self-charging” hybrid powertrain.

That system gives the cars the ability to drive for very short distances on electric power alone, such as crawling in city-centre traffic. They are also capable of between 57.6 and 65.6 mpg, depending on the model, with CO2 emissions of between 98 and 112 g per kilometre.

‘‘By launching in Bristol, our goal is to connect drivers to a car, when and where they want it, in a sustainable way,” said Graeme Risby, CEO and co-founder of Hiyacar. “For every car shared, 11 can be taken off the road and with Bristol’s drive for sustainability through community change, we’re hugely excited to see how we can work with the city, particularly with the support of our key partner, Toyota.”

Meanwhile, Paula Cooper, director of ConsumerOne at Toyota GB said the expansion of Toyota’s partnership with Hiyacar would increase consumer awareness of the company’s hybrid technology.

“We have enjoyed a successful partnership with hiyacar, supporting with their London operation for just over a year,” she said. “The expansion of the service into Bristol will build awareness of the benefits of using Toyota’s self-charging hybrid technology in city centres and help us as a business gain valuable insights into consumer responses and preferences around the concept of car sharing. This reflects how we are transitioning from our traditional role as a car maker to become a provider and enabler of all kinds of mobility.”