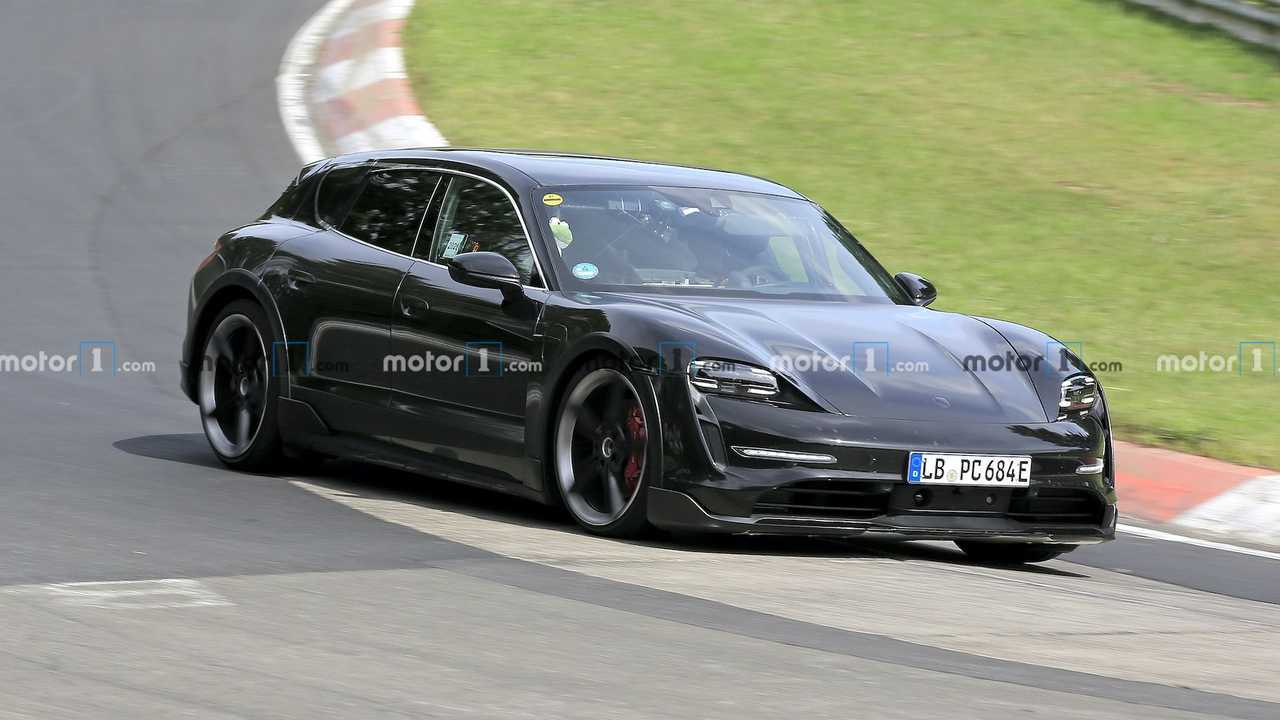 While the official date can't come soon enough, the Taycan Cross Turismo has been spied several times before to gives us a preview of what's to come. More recently, our spy photographers spotted the Cross Turismo prototype at the Nürburgring.

Though not apparent in the still images, our spy photographers mentioned that the all-electric Porsche estate is seen doing some handling tests at the Green Hell. How we wish we could get our hands on a spy video for this, but we'll be on it once available.

For now, we can settle with the Taycan Cross Turismo's design, which is basically revealed here due to the minimal concealment on the vehicle. At the front, it bears the same face as the Taycan saloon, with only subtle nips and tucks. It carries the same LED configuration, as well.

In profile, the Taycan Cross Turismo looks quite familiar. As it stands, it's like what the Panamera Sport Turismo is for the Panamera – a sleek estate version for those who want practicality without compromising performance.

Speaking of performance, the Taycan Cross Turismo is expected to carry the same powertrain setup as its saloon counterpart, which means power outputs that range between 530 bhp (395 kilowatts) and 761 bhp (567 kW). We can expect a similar range as well, although we don't want to pre-empt what Porsche has in store for its newest electric vehicle.

Of note, the Taycan Cross Turismo is only the beginning of a range of Taycan-based electric Porsches. We'll know more about this development in the months or years to come.