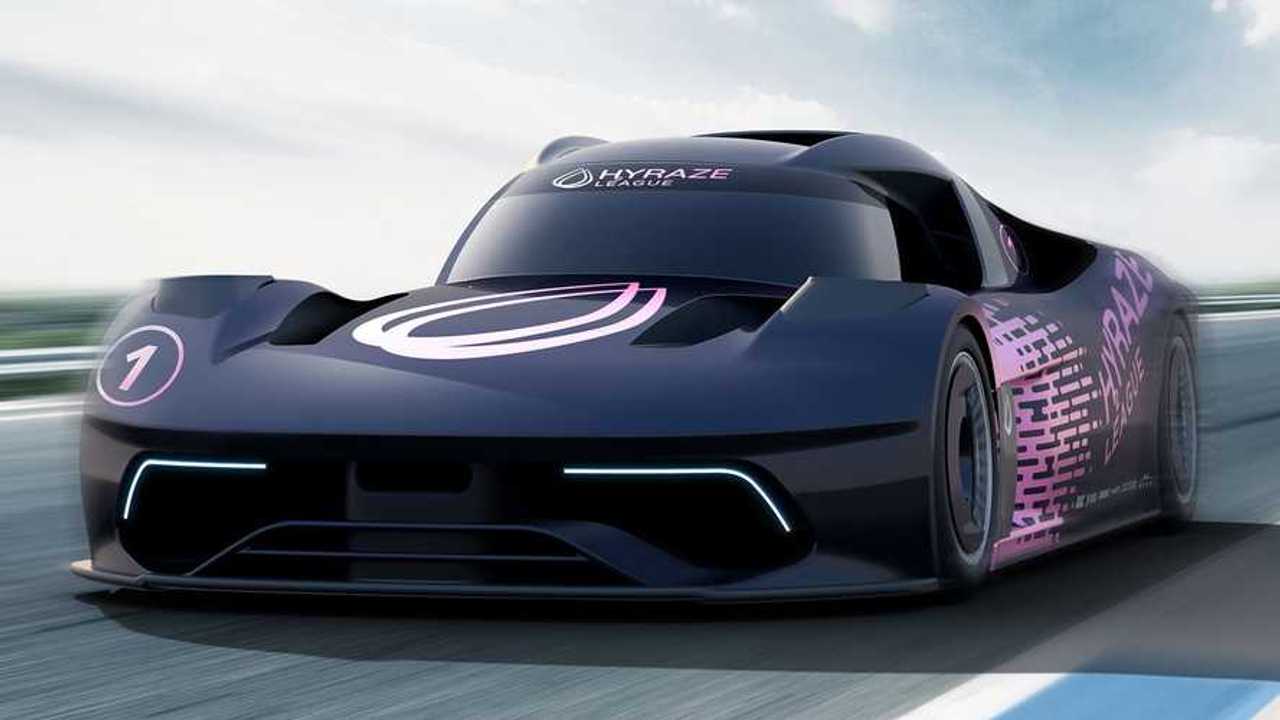 An all-new environmentally friendly, hydrogen-powered racing series has been unveiled ahead of a projected launch in 2023.

The HYRAZE League will use "environmentally-produced" hydrogen as fuel for its 800 bhp fleet of cars, using two hydrogen fuel cells to power four electric motors.

This will ensure that the cars racing in the series will be able to compete over a race distance without having to save energy, a limitation of battery-powered categories such as Formula E. Hydrogen is able to be broken away from water through electrolysis and, through the redox reactions in the fuel cell, ensures that water and energy are the only by-products.

The hydrogen tank will be produced from carbonfibre, and the cars will feature multiple safety structures to protect the tank. In addition, the braking system aims to capture any brake dust produced during a race distance, and will be disposed of post-race in an "environmentally neutral" manner in order to minimise any air pollution produced by dust particles.

The series also aims to free up chassis design, albeit mandating composite structures from natural fibres as opposed to the carbon composite monocoque structures used in contemporary motorsport.

For its first season, projected for 2023, the HYRAZE League will make use of standard parts, and will also stringently manage aerodynamic developments in order to reduce the costs involved in competing. This includes a decision to cut downforce-producing aerodynamic parts to boost the racing spectacle, as well as lengthen braking distances to increase energy recovery.

Together with HWA, the series has been formulated in partnership with German manufacturer Schaeffler, and organisations ADAC, DEKRA, DMSB and the World Esports Association (WESA).

The series will also link up with the world of Esports to ensure the series is accessible to both the real world and virtual racing markets, and two drivers – one for physical races and one for the virtual races – will pilot each car, and both results will count towards the championship. The series will also feature steer-by-wire and torque vectoring to manage the power delivery of the motors.

“In order to achieve widespread acceptance in society, motorsport must become lower in emissions, more sustainable, and more economical,” says HWA CEO Ulrich Fritz. “We want to use our experience as a vehicle developer and racing team to launch an innovative racing series that meets precisely these prerequisites, in the form of the HYRAZE League.

“We are delighted to have acquired experienced partners at this early stage in the project, who will support us in its implementation. HYRAZE will provide excellent entertainment and, through the integration of Esports, will allow motorsport to inspire younger target groups again.

“For us and our partners, it is also particularly important that there is a transfer of technology towards series production. Motorsport can once again take on a pioneering role in the development of road-going cars, with regard to hydrogen technology and zero emissions.”