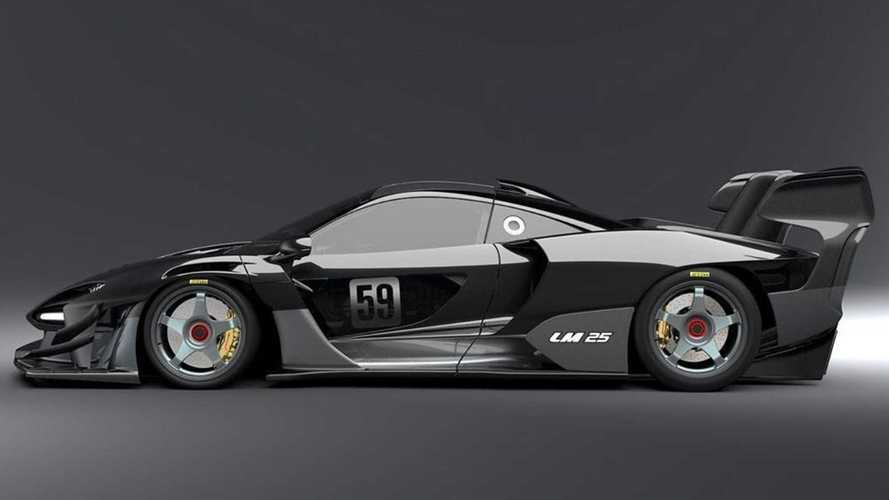 In June, Lanzante teased that it’d soon pay homage to its Le Mans-winning McLaren F1 GTR with the LM 25 Editions. We had an inkling of what to expect – dark greys, silvers, and blacks inside and out with nods to the F1’s iconic racing victory in 1995. Today, Lanzante revealed the seven LM 25 Editions – one for each available McLaren models – and they look devilishly good.

The first order of business with the conversion is the paint, wrapping the McLaren in Ueno Grey paint to mimic the F1’s Tokyo Ueno Clinic grey livery. The rest of the exterior is completed in various shades of grey, including grey-tinted carbon-fibre.

The upgraded, five-spoke carbon wheels, also finished in grey, and titanium bolts are functional, shaving off seven kilograms (15 pounds). Gold calipers add a splash of contrast, though the LM 25s are missing the white-and-black “59” on the door. The ghosted number 59 Lanzante uses looks sharp, though, and the LM 25 logo on the side skirt is a nice touch.

The LM 25 Editions get an upgrade in the looks department; however, the powertrain remains unchanged in each respective model. There are upgrades available, though. The company offers gold ceramic-coated heat shields and an Ueno Gray key with the LM 25 logo. Inside, the company makes several changes, swapping out the seats for F1 GTR units with the LM 25 logo in the headrests. Gold interior switches and pedals add colour along with the red-and-blue racing harnesses, which were the same colour in the winning car.

According to PistonHeads.com, each of the company’s seven LM 25s will be based on a different McLaren model. There are six named so far: the 600LT coupe and spider, the 765LT coupe and spider, and the Senna and Senna GTR.  The conversion takes three months to complete per car and £144,000.