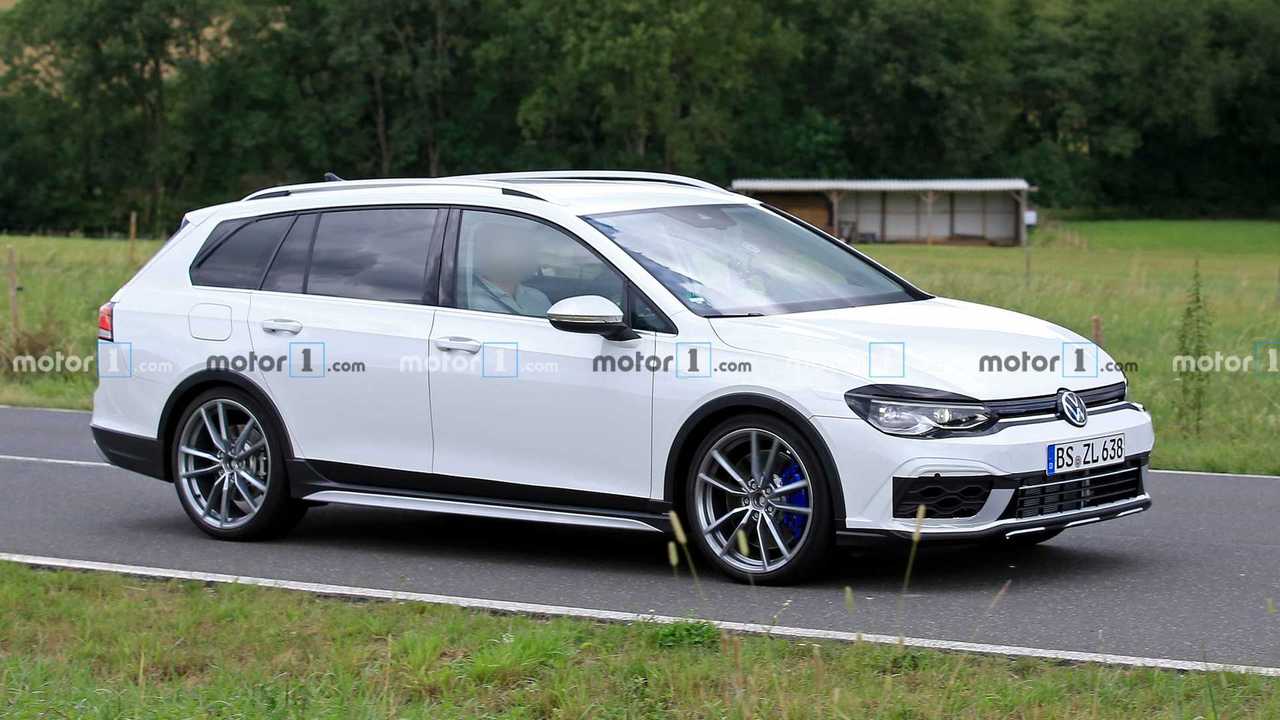 We doubt the Alltrack will get low profile tyres and quad exhaust tips.

The new Volkswagen Golf R hasn’t been revealed yet. For that matter, the Golf Alltrack estate hasn’t arrived yet either. The vehicle you see here isn’t a reveal of either – officially or unofficially – but it does tell us something very cool is coming. At least, for long-roof fans not residing in North America.

These spy photos appear to show the upcoming Golf Estate Alltrack. It looks almost identical to the first Alltrack sighting we had in July, but almost is the key word in this sentence. The masked front fascia fits the Alltrack persona, as does the trim along the side. However, those aren’t Alltrack wheels, and the brakes behind them definitely aren’t Alltrack spec. Neither are those ultra-low-profile tyres, which look positively terrified at the thought of tackling any terrain that’s not flat and paved. If that’s not enough, check out the quad exhaust pipes at the rear. Yes folks, what we have here is a ringer.

We aren’t sure if we can call this our first eighth-generation Golf R Estate sighting, since the camouflage in this instance is the trim of a different Golf model. However, underneath is what really matters and it starts with the turbocharged 2.0-litre engine. We believe it will offer the same 315 bhp (235 kilowatts) as found in R versions of the Tiguan and Arteon, and that thrust will go to all four wheels through a dual-clutch gearbox. It should be enough to shoot this hot estate to 60 mph in the mid-four-second range.

The answer is always Golf:

When will it arrive? The standard Golf R still needs to debut, which should happen later this year. It’s pure speculation at this point, but the Golf R Estate would likely follow the hatchback in 2021.