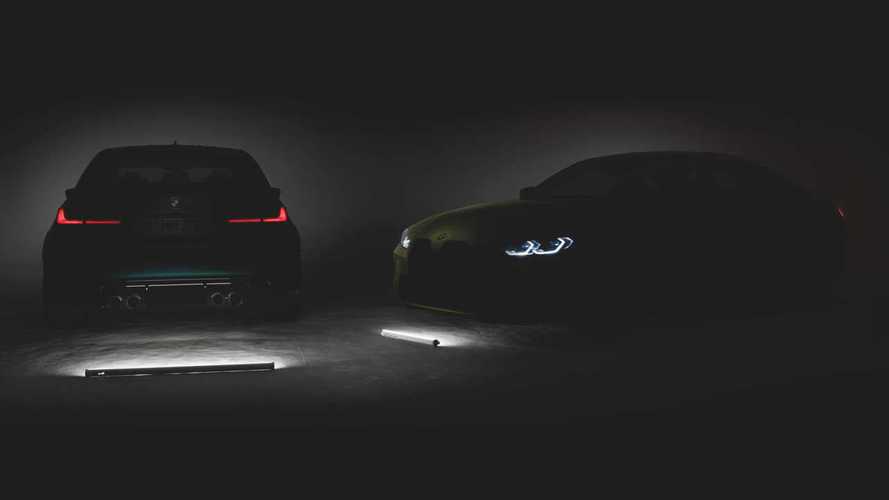 The M4 will debut in Sao Paolo Yellow.

The next-gen BMW M3 will allegedly debut on September 23. The company already started showing it behind closed doors, and one of the folks who saw the much-anticipated vehicle reported back to BMW Blog about what to expect.

The new M3 will reportedly debut in the dark shade Isle of Man Green. The body will have a black grille and will be the Competition variant with carbon fibre trim and black wheels. In an oddly utilitarian touch, the carbon fibre roof will apparently have roof rack inserts, according to the person speaking to BMW Blog. The vehicle at the launch will also have the optional laser headlights.

Inside, there is lots of carbon fibre. The lightweight material is on the backs of the sport seats and much of the cabin's trim.

The insider also says that the 2021 BMW M4 Coupe will debut in Sao Paolo Yellow. There were no other details about the vehicle, though.

We already know some of the major technical details about the new M3 and M4. It uses a 3.0-litre twin-turbo inline-six engine making 473 bhp (353 kilowatts) in standard form. The Competition version has 503 bhp (375 kW). The rear-wheel-drive variant arrives first, and all-wheel drive comes later.

Following the September debut, look for the first units of the new M3 to be in American showrooms in early 2021.

BMW is also prepping the M3 Touring estate for the first time, but it's not going to be at the September debut. The company says that the estate "is still in the early stage" of a two-year development. This suggests a possible arrival for the 2023 model year.