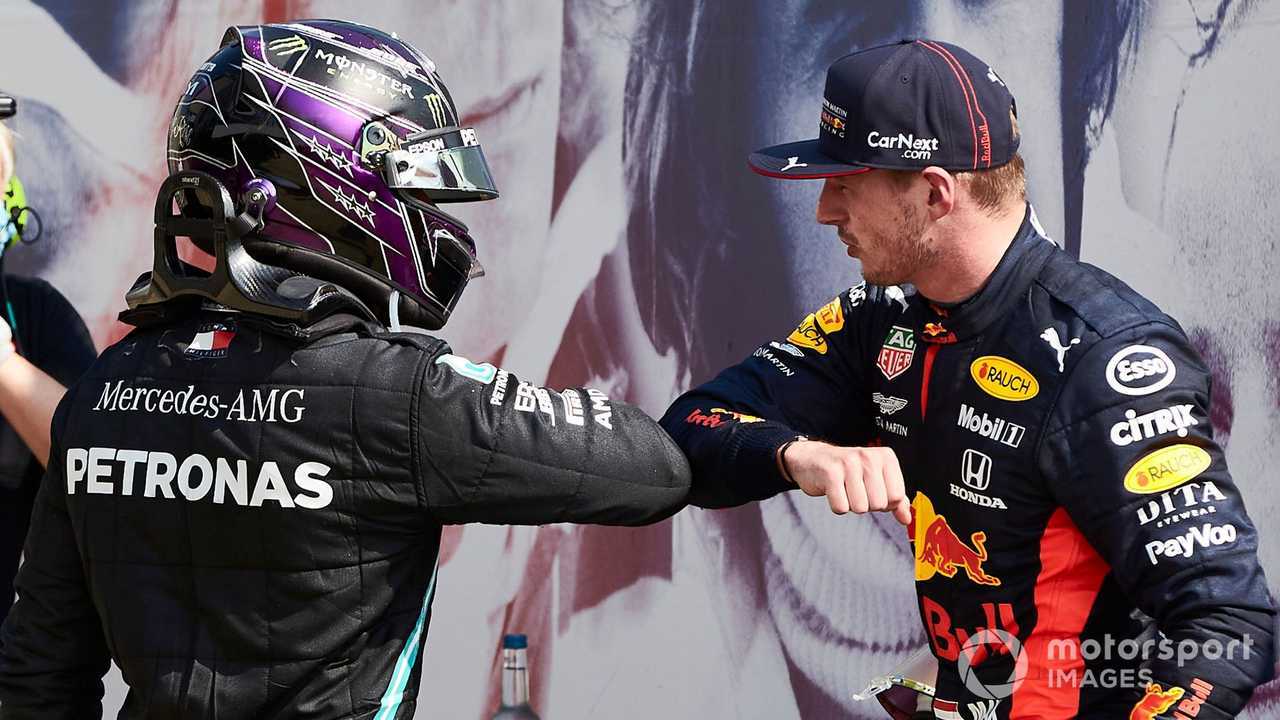 Horner hopes to see Hamilton and Verstappen going head-to-head in F1 soon, believing there is “very little to choose between them”.

Mercedes driver Hamilton extended his lead at the top of the drivers’ championship to 37 points with a dominant victory in Sunday’s Spanish Grand Prix.

But Verstappen was able to pick up his fifth consecutive podium finish after splitting the Mercedes drivers, crossing the line second ahead of Valtteri Bottas.

Verstappen was left satisfied with the result, saying after the race there was little more he could have hoped to achieve given the Red Bull team’s pace deficit to the Mercedes cars.

Verstappen has been one of the stand-out performers through the 2020 season to date, and is the only driver outside of Mercedes to win a race after taking a surprise victory in the 70th Anniversary Grand Prix.

Asked how Verstappen and Hamilton compared in their current form, Red Bull team principal Horner believed there were only fine margins separating their performances.

“They are the two in-form drivers in Formula 1,” Horner said on Sky Sports F1 after the race in Barcelona. “There is very little to choose between them.

“It’s interesting, Max is 22 years of age, Lewis is 35, they’re at different stages in their career.

“I’m hopeful that in the coming races, we see the two of them go head to head, because I think that’s what the viewers would love to see.

“It’s what the teams would love to see, and I think it would be good for Formula 1.”

Verstappen had been tipped to challenge Mercedes for victory in Barcelona after impressing over the long runs in practice on Friday.

But he was unable to match Hamilton’s pace in all three stints of the race, causing him to finish more than 20 seconds off the race winner at the chequered flag.

Horner was nevertheless delighted with Verstappen’s result after the Dutchman soundly beat Bottas, having passed the Mercedes driver at the start.

“That was the absolute maximum we could have achieved today,” Horner said.

“Max has got everything he can out of the car. To split the Mercedes who had a quicker car than us today, we couldn’t have got more than that.

“[I’m] satisfied with Max’s drive, and the guys have done an incredible job in the pit lane today. Three of the fastest pitstops, that was all that was them.”