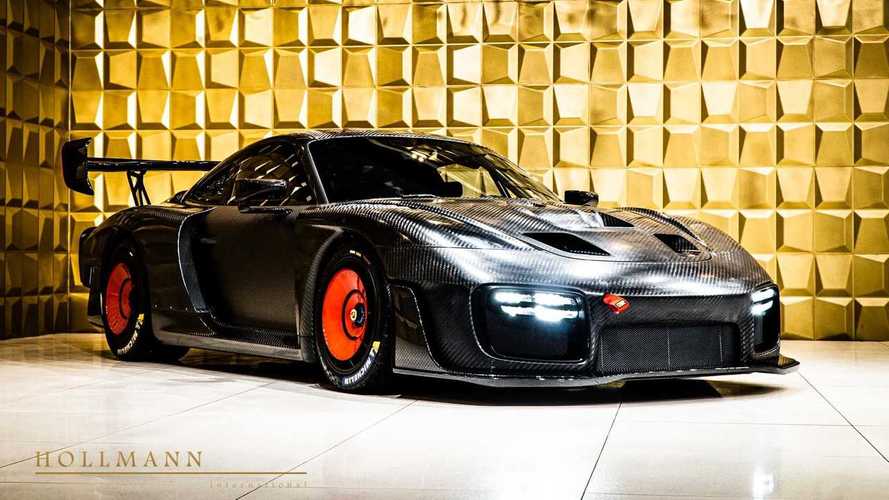 Automotive nudity at its finest.

A hardcore version of an already hardcore car – that’s one simple way to describe the 911 GT2 RS-based 935. The modern interpretation of the late 1970s “Moby Dick” race car debuted about two years ago as the last hurrah of the 991-generation 911. Only 77 of them were ever made, and chances are very few of them came in this raw specification.

Weighing in at just 1,380 kilograms (3,042 pounds) after replacing the 911 GT2 RS’ steel and aluminium body panels with carbon fibre composite parts (CFRP), the 935 revival is a track machine in its purest form. There’s just one issue – it’s bloody expensive. When Porsche unveiled the car in September 2018, it had a starting price of €701,948 whereas this one is double the price and then some - €1,450,000. That's about £1.3m based on current exchange rates.

High-end dealer Hollmann International has the car up for grabs, and we’re not at all surprised it’s barely been driven. The digital odometer shows only 60 kilometres (37 miles) on the clock and it goes without saying the bare carbon 935 is in top-notch condition inside and out. Porsche kicked off deliveries of the Moby Dick reboot in June 2019 and photos show this one was ordered without the $10,000 (£9,000) optional passenger seat.

If you’re not too fond of the naked CFRP look, Porsche designed various liveries for the 935 hearkening back to the original race car and its motorsport success. Underneath the retro-flavoured skin is essentially the 911 GT2 RS turned up a notch or two to go racing at the expense of losing its road-legal status. Few will probably race these, but Jeff Zwart will be an exception as he’ll tackle the Pikes Peak hill climb this year in his very own 935 at the end of the month.