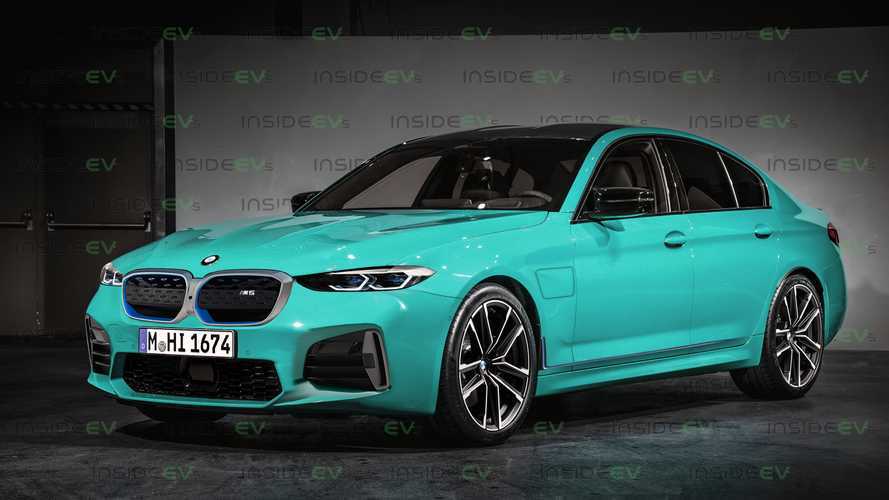 If this turns out to be accurate, then the electric performance saloon segment will be turned on its head.

Get ready for what promises to be the maddest and fastest electric saloon ever made - the next-gen BMW M5, which will reportedly be available as either an EV or a PHEV. The latter will still rely on a twin-turbo V8 to provide most of the motivation to the tune of 750 bhp (and 737 pound-feet / 1.000 Nm), while the former will be a 1,000 bhp pure BEV which we imagine will be quite spectacular to experience.

If this rumour, presented by Car Magazine from the UK proves accurate, then the next M5 will blow the wheels off most current electric saloons in terms of performance. The PHEV variant will have the same plug-in powertrain that is expected to power the BMW X8M, while the all-electric variant will rely on tech borrowed from the iNext and i4, but it will trump both those vehicles in terms of sheer oomph.

BMW's next most important EV is the iNext

According to the source article, BMW is already carrying out testing using mule that looks like the current 5 Series, yet is actually powered by a trio of electric motors that together produce in excess of 700 bhp. The big Bavarian saloon can allegedly go from naught to 62 mph / 100 km/h in less than 3 seconds.

So while the predicted PHEV M5 will be an impressive machine, we’re really excited about the full EV, which will pose serious problems for Tesla’s upcoming three-motor Model S Plaid hardcore variant. The only problem is the Model S Plaid was set to debut this summer (and this has been moved back due to the COVID-19 pandemic), while the next-gen M5 will only arrive in 2024, so it will be a few years late to the party.