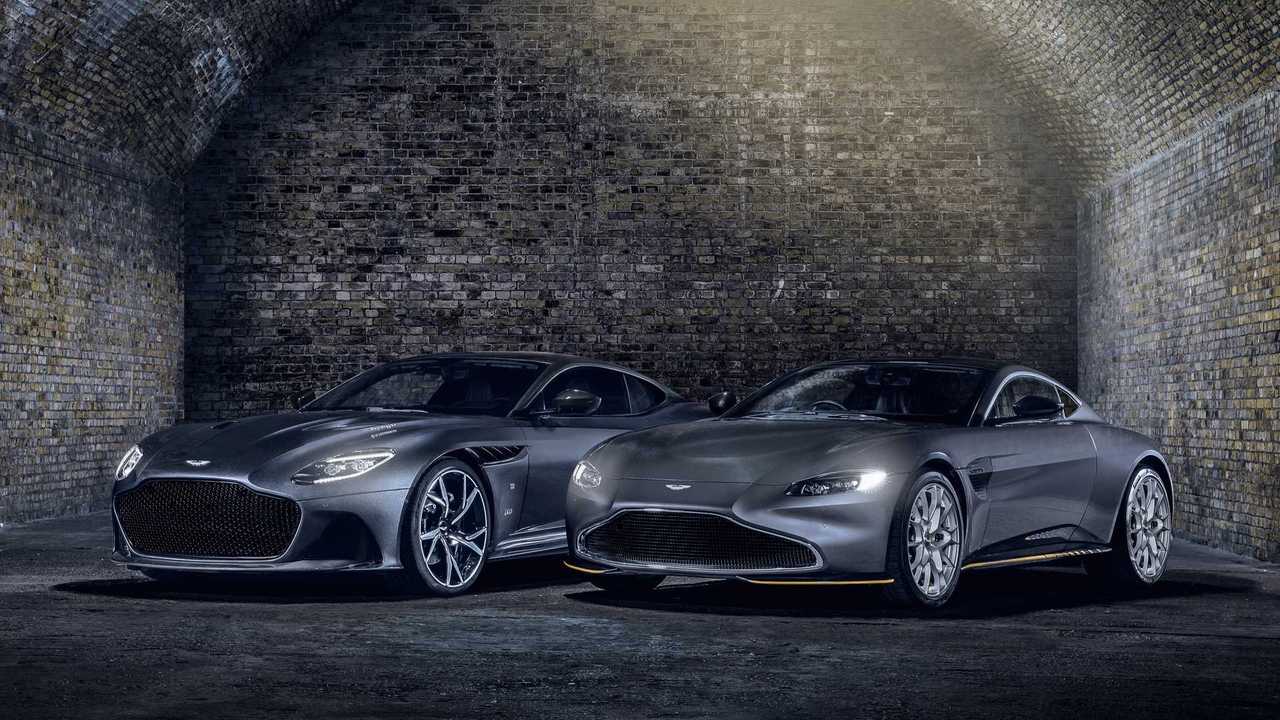 Both cars are inspired by models seen in the new film, No Time To Die.

Although the film’s release was delayed by the coronavirus pandemic, it is now scheduled to arrive in the UK in November, brimming with Aston Martin metal. Not only does the film see Bond at the wheel of a DBS Superleggera and the classic DB5, but the V8 Vantage from The Living Daylights makes an appearance, alongside the Valhalla hypercar.

The new special editions take inspiration from that fleet, with the Vantage 007 Edition featuring a number of nods to its predecessor, which rose to fame during the ice driving sequence in The Living Daylights. Not only does it get Cumberland Grey paint with black leather, but the grille is mesh, ringed with a chrome bezel designed to mimic the Bond car’s aesthetic, while the rear diffuser is painted yellow to reference the hazard stripes on the film car’s rockets.

Inside, there’s dark chrome trim and carbon-fibre seat backs with ‘f’ holes inspired by the cello Bond (Timothy Dalton) and Kara Milovy (Maryam D’Abo) used to escape the USSR. Manual cars get 007 branding on the centre console, too, and all models get the radio frequency 96.60 (FM) – the frequency used by Bond to aid the escape – embroidered on the sun visors.

Each Vantage 007 Edition can even be ordered with skis, although they aren’t quite the same as the film car’s outriggers. Instead, they’re limited-edition skis inspired by the film, and they come with a ski rack designed to evoke the ‘winterised’ look of Bond’s V8 Vantage in The Living Daylights. Customers can also indulge in a laser-etched gadget plaque that references the weapons and gadgets seen on the original film car.

Just 100 examples of the Vantage 007 Edition will be sold worldwide, with each car boasting a starting price of £161,000. But for those who want to spend a bit more, the Vantage’s big brother, the DBS Superleggera, is also getting the 007 Edition treatment. Just 25 examples of that model will be built, in reference to the 25th film from which it takes its inspiration, and prices start at £279,025.

Inside, the car gets black leather with flashes of red detailing on the seats, while subtle 007 branding appears on the door cards, armrest and rear sub-woofer. There’s also a sill plaque denoting the car’s special status as one of just 25 cars.

Both cars are already available to order, but Aston Martin says first deliveries will not begin until the start of next year.