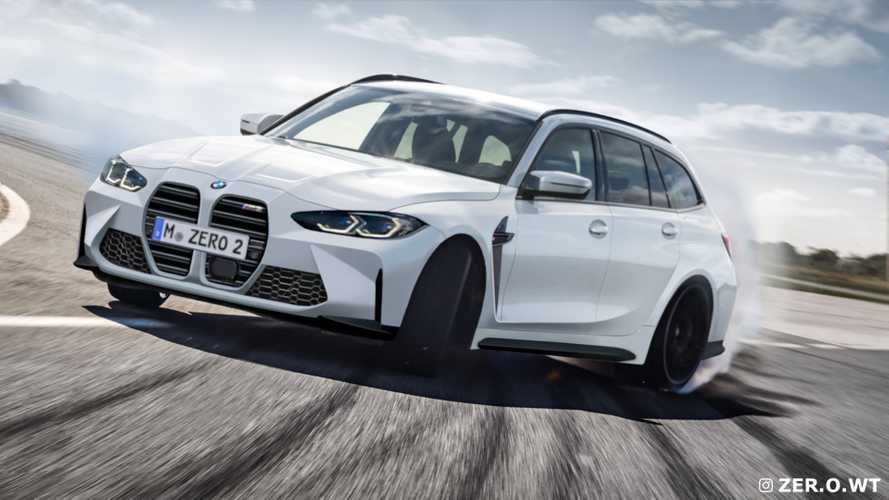 It's confirmed. BMW will make an official long-roof version of the M3 saloon called the M3 Touring. Upon official release, it will be the first high-performance M3 estate that BMW will sell, aimed at the popularity of powerful yet practical haulers in Europe – more likely to go head-to-head against the Audi RS4 Avant. There was an M3 Touring back in the early 2000s, but that was never sold officially.

The official release a few days ago came baring some details about the M3 Touring. The problem is, it won't be revealed with the M3 saloon and M4 coupe next month, as it's still in the early stages of a two-year development process.

Renderings of the BMW M3 Touring are inevitable, and one of the first to make one was Magnus who goes by the Instagram handle zer.o.wt. You can see his rendering through the image on top of this page, and we've also embedded his Instagram post above that shows a cleaner take.

Of course, the huge grille will more likely transcend from the M3 saloon to its five-door counterpart – except that the latter is longer and more practical in terms of cargo space. Rear-wheel drivetrain isn't far-fetched, but don't be surprised if the xDrive system will be put into play.

Early takes on the five-door M3:

BMW confirms that the M Division will be testing the M3 Touring at the Nürburgring, and it's only a matter of time before we see a prototype testing taking place. Expect Motor1.com to bring you spy photographs and videos of any sightings, as we always do.

As for the engine, BMW-M's official website lists a six-cylinder M TwinPower turbo engine as the powertrain of choice for the M3 Touring. We'll know more specifics in the months to come. After all, two years is kind of a long wait.