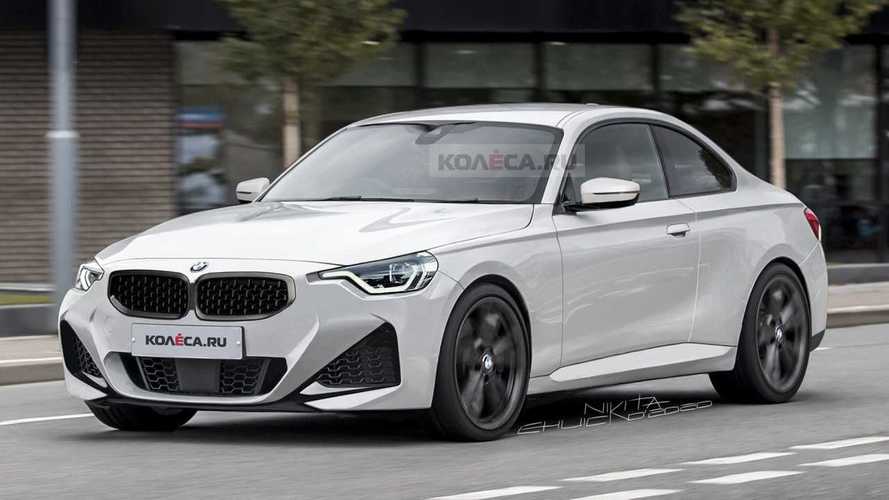 In the smartphone era, it’s getting harder and harder to keep a car’s design a secret until the official debut. BMW has learned this the hard way as the Bavarians are having a hard time hiding the next 2 Series under wraps. In recent weeks, social media has proven to be a valuable source of images with the tail-happy coupe caught sans camouflage not once, but twice.

Fast forward to today, our Russian buddies at Kolesa are giving us the full (albeit still unofficial) picture courtesy of renderings that take after the recently leaked images with the new 2er. This is more than just a shot in the dark as we’re looking at the very same M240i that unexpectedly showed up on Instagram earlier this month. In other words, what you see is pretty much what you’ll find at a BMW dealer near you once the next 2 Series will go on sale in a year or so.

Known among BMW enthusiasts by its G42 codename, the new 2 Series Coupe represents a significant departure in terms of styling compared to the current model. It won’t be going down the XXL grille route its bigger brother – 4 Series Coupe – has taken, which is a decision many people will likely be ok with. Interestingly, we’ve heard through the grapevine the convertible will not live to see a new generation, which isn’t all that surprising since the glory days of the cabrio are long gone. Just ask the Mercedes SLC...

The long bonnet and short overhangs are telltale signs the coupe will retain its RWD underpinnings, and in M Performance guise, the nimble sports car will have those fat angular exhaust tips and a trunk lid spoiler. Generous air intakes and a specific finish for the kidney grille will further separate the M240i variant from the less spicy 2 Series Coupe variants in the same vein as the M135i hatch and M235i Gran Coupe are a bit more exciting than the lot.

You’ll be happy to hear that while those front-wheel-drive models top out with a 306-bhp turbocharged four-pot, the M240i riding on BMW’s CLAR platform will boast an inline-six with a lot more oomph. Positioned at the top of the range, the M2 arriving later in the life cycle will reportedly get a detuned M4 engine and serve as quite possibly the most enjoyable M car.