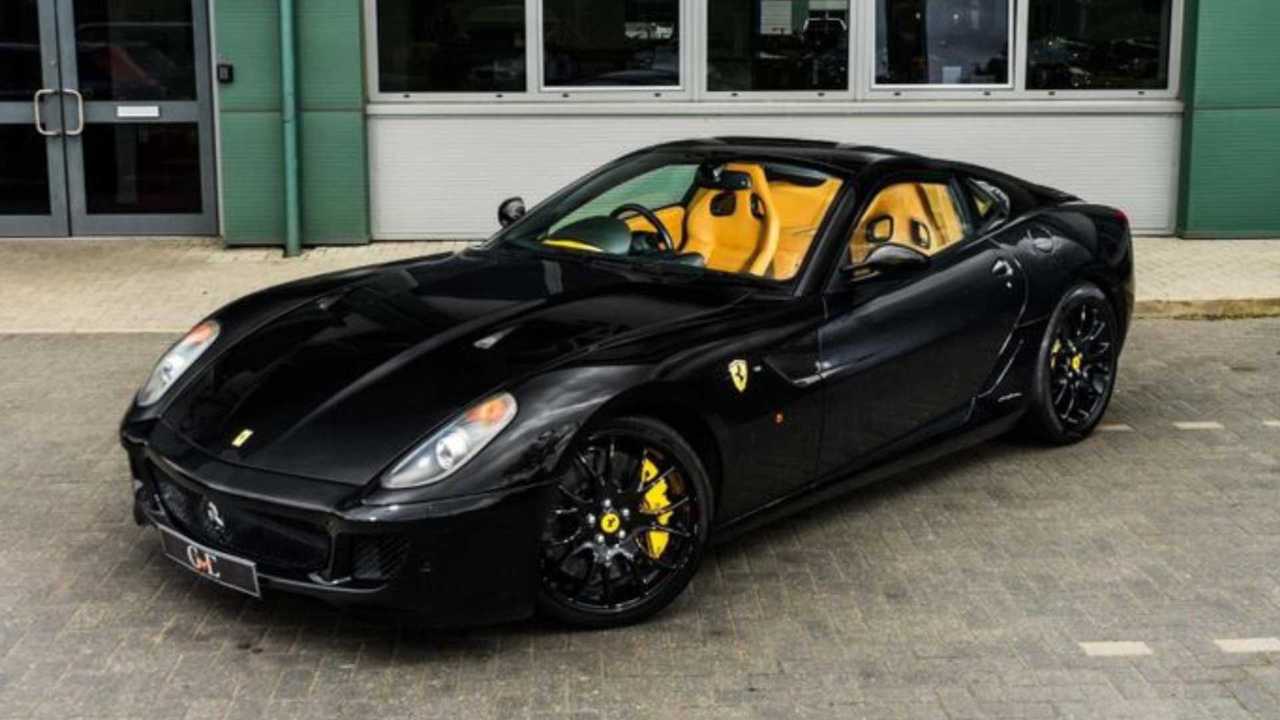 A Ferrari 599 that belonged to legendary guitarist Eric Clapton is now available to buy on used car website Auto Trader. The black supercar is listed at a car dealership in London, where it has become the second of Clapton's cars to go on the market of late.

According to Auto Trader, the music icon's Lamborghini Gallardo Superleggera has already sold for a rumoured £125,000, but his other Italian supercar is not expected to fetch quite so much money. The 599 GTB Fiorano F1 model is listed with an asking price of £89,900.

For that money, you get contrasting Nero Daytona Black paintwork paired with Castoror Light Brown interior, plus a Bose audio system. The whole car sits on 20-inch alloy wheels installed, while the famous Scuderia Ferrari shields adorn the front wings.

More celebrity supercars on the market:

Under the bonnet, there's a 6-litre V12 engine with 612 bhp, which allows it to get from a standstill to 60 mph in 3.5 seconds. With that out of the way, the two-door coupe will stretch its legs all the way to a top speed of 205 mph.

The car is one of a number of Ferraris owned by Clapton, who is known for playing the iconic guitar riff in Derek and the Dominos’ Layla, as well as songs including Sunshine of Your Love and White Room. His other Ferraris have included the 612 Scaglietti and the 250 GT, as well as a Ferrari Enzo and his own one-of-a-kind SP12 EC, which was custom built for Clapton.

And after claiming to prefer the 612 to the 599, the guitarist nicknamed ‘Slowhand’ appears to have parted ways with the big supercar. Former Top Gear presenter Rory Reid, who is now Auto Trader’s YouTube director, said the car was a prime example of the breed.

“The legend that is Eric Clapton is renowned for his classic car collection – after his music career of course – and it’s well known how much he loves his Ferraris,” said Reid. “He’s even made use of Ferrari’s secretive One-Off Programme in the past for a reported £3 million, so you know he’s not messing around!

“This particular Ferrari 599 is stunning and so well-maintained. The fact it received Eric Clapton’s seal of approval before being sold on makes it that much more special. For a blues lover, who also has the money for it, this is a perfect buy on Auto Trader.”