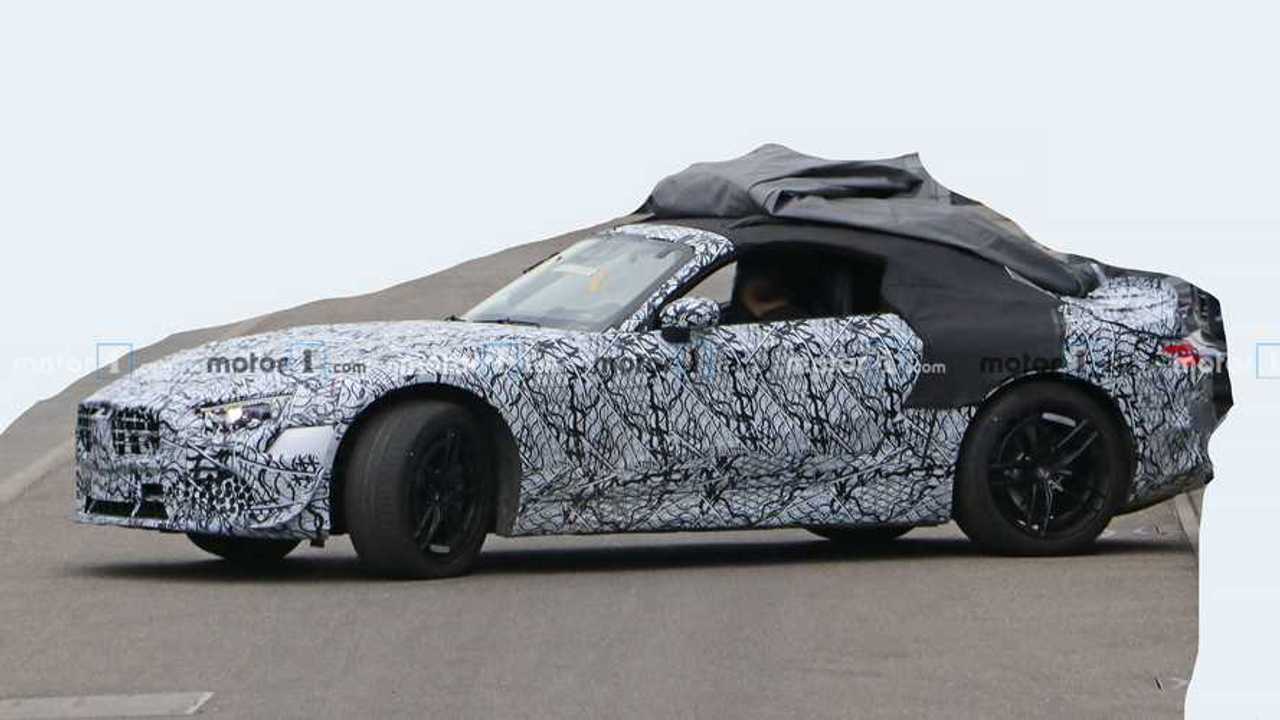 On sale since 2012 with a facelift arriving in 2016, the current SL is one of the slowest-selling models in Mercedes’ vast lineup. But while another unloved roadster has gone the way of the dodo, the SLC, that won’t happen to the Sport Leicht as parent company Daimler is determined to give the iconic badge another shot.

The all-new model was first (possibly) spotted testing back in April 2016 as a shorter S63-based test mule before switching to an E-Class Saloon body in June 2019. At the beginning of the year, the SL was caught for the first time with its own body, and now we’re able to share additional spy shots of a prototype with the production metal.

Underneath the swirly camo, Mercedes has promised an exterior styling that will take after the legendary 300 SL. Unfortunately, the heavy disguise gets in the way of seeing the Gullwing design DNA, but it’s safe to say the new SL will look vastly different compared to the current model. One of the biggest changes will be the switch from a hardtop to a fabric roof, while a 2+2 interior might be on the agenda as well.

For the first time, AMG is directly involved in the development process and is engineering the SL alongside the second-generation GT. That doesn’t mean the former will simply be a cabriolet version of the latter as there will be major differences between the two, as promised by Daimler’s design boss, Gorden Wagener.

It is believed the lineup will start with an SL 43 in a rear-wheel-drive form and go all the way up to an SL 73e with 4Matic. The latter could employ AMG’s forthcoming hybrid powertrain with a twin-turbo 4.0-litre V8 working in harmony with an electric motor. The system will debut soon on the AMG GT 73e and should have roughly 800 electrified horses.

A new roadster seems a bit of a risky business move what with the crossovers/SUV craze and the EV boom forcing Mercedes to invest heavily in green tech. However, it’s one of the most important models in the company’s history, right up there with the S-Class flagship. It looks hugely promising so far, and with AMG’s involvement, the SL could perform better sales-wise. That’s especially true when you consider the S-Class Convertible won’t be renewed, thus allowing the SL to flourish.