Toyota supercar rendering is a modern mashup of 2000GT and Supra 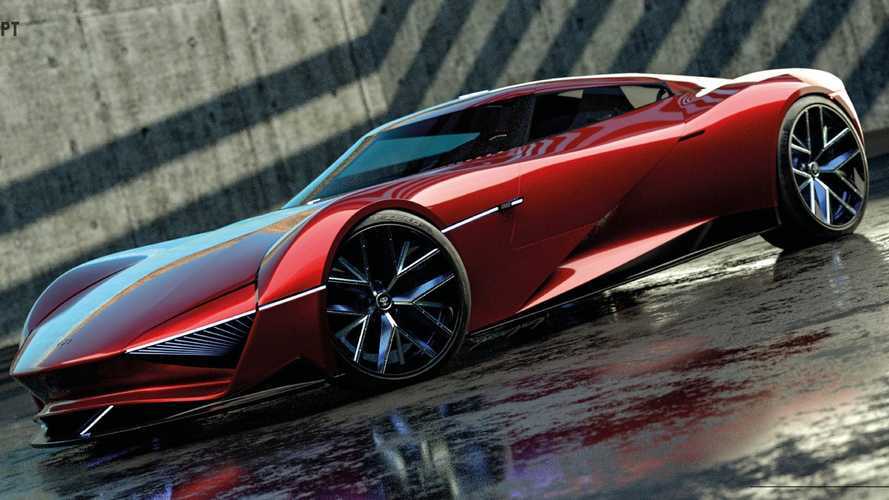 Toyota has a history of developing iconic sports cars, though it did stray away from such vehicles. That changed when Toyota resurrected the Supra for 2020. It wasn’t wholly Toyota’s creation, but the automaker did add its own tweaks to the suspension and powertrain.

Since its debut, the car has gotten imaginations thinking about what type of sports car Toyota could produce next. Artist David Gallego posted his idea, called the Toyota H2+ Concept, and it’s stunning.

For now, this is just a fan rendering, but one that’d put Toyota’s styling on par with other works of rolling art. Thankfully, the artist dug deep into Toyota’s sports car history to find inspirations for the H2+ Concept. Gallego looked at the 1998 Supra, and the 2000GT, offsetting both with Toyota’s angular and modern front-end styling.

It has a long, low bonnet with the wheels protruding over the top of it. The sleek sheet metal leads to a sloped windshield that turns into a falling roofline that ends in a short deck and modest spoiler. The front features thin-slit lighting while the rear has a striking taillight design. The design features unique front fender storage that exposes the top of the wheel while seating three in a unique layout – two in the front and one in the rear, sitting between the rear tyres. Often, the drive is positioned in the centre with the passengers on the outside.

The Toyota H2+ Concept is a bold, striking vehicle that feels like a Toyota equivalent to Mazda’s Vision Coupe Concept, and others like it, which help set, and preview the styling of future models. Sadly, the H2+ isn’t even that, but that doesn’t mean we can’t enjoy it. Toyota’s design is getting more stylistic, and you never know what an automaker may reveal next. Check out Gallego’s post to see his design process and wild interior.