Perez hits out at 'bullshit' reports about Mexico trip 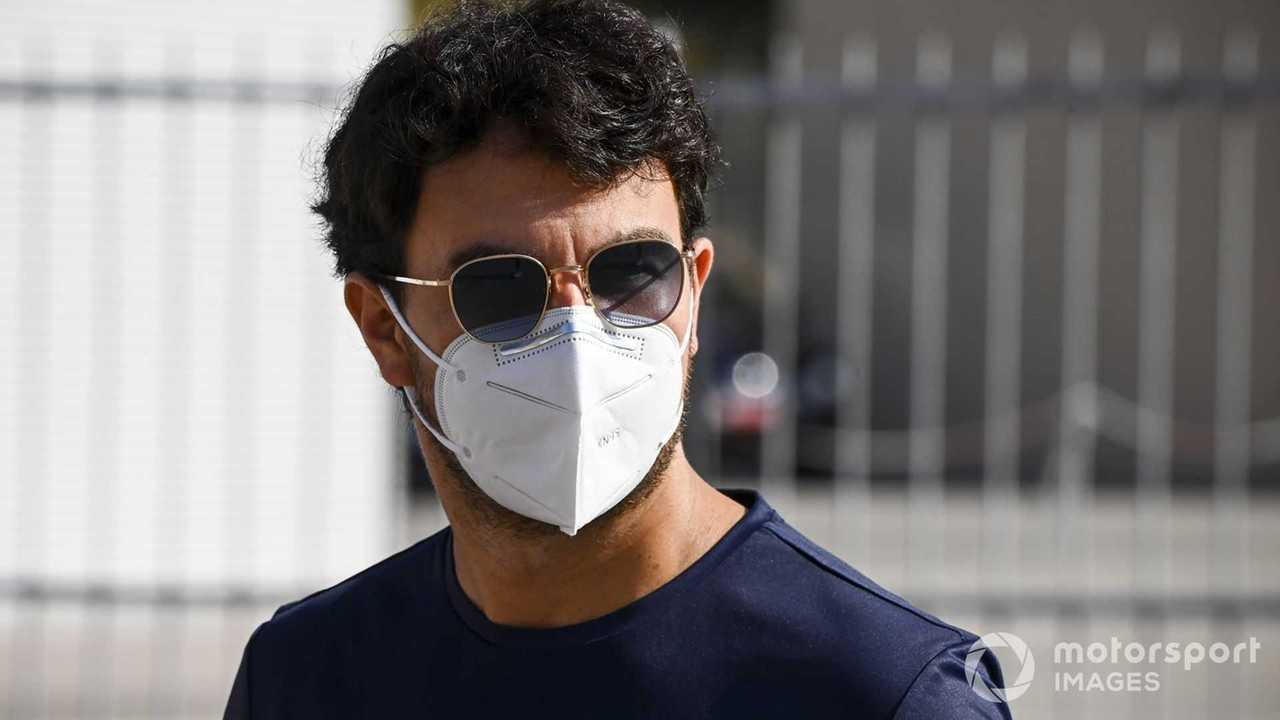 Sergio Perez has hit back at claims he met with a sponsor and fans during a trip back to Mexico, calling the reports "bullshit".

Perez became the first Formula 1 driver to test positive for COVID-19 ahead of the British Grand Prix, ruling him out of both Silverstone races.

It emerged Perez had returned home to Mexico to visit his mother in hospital between the races in Hungary and Great Britain, travelling on a private plane.

Perez has since tested negative for COVID-19 and will return to his Racing Point F1 seat for this weekend's Spanish Grand Prix.

Reports emerged in the wake of Perez's positive test suggesting he had met with sponsors and interacted with fans during his trip to Mexico.

Perez was quick to deny these claims upon his return to the F1 paddock in Barcelona on Thursday, calling them "very unprofessional".

"It's a total lie," Perez said in an interview with F1. "I went to Mexico for two days to see my Mum, with all the precautions in place. I took care of everything. I followed all the guidelines.

"When I was in quarantine, I saw everything. I saw people saying I was taking selfies with a lot of people, and I made up the story about my Mum. So much bullshit, and so disrespectful.

"So many people here in Formula 1 tend to think we are bulletproof to the virus, and that is not the case. We are all very vulnerable to this, We have to take care of it.

"I have done nothing differently to anyone in this paddock, I took all the precautions, and it just happened to me. It happened to another friend in another team while I was in quarantine, he said: 'Look, I tested positive too'. It can just happen to anyone.

"But what kind of happened, if tomorrow there is someone else infected, people just make up stories instead of being worried about their health."

The positive COVID-19 test forced Perez to miss two F1 races while he completed his quarantine period, which he spent in an apartment in Milton Keynes.

Asked by Motorsport.com if he planned to make any changes to his procedures or travel arrangements in the wake of his positive case, Perez said he had already been taking all of the required precautions and would continue to do so.

"Before that, we already were so conservative and took so many precautions that nothing really changes," Perez said. "Whether you are positive or negative, the procedures are very similar. The amount of precautions that we take have been already in place.

"Any place I visited and anything I did after Hungary, everything was done with extreme precautions, with very extreme lines. I was well aware of what is going on, and I think I was just unlucky.

"I haven't done anything different to the rest of the paddock. I'm not willing to take any blame for that, because anyone can get it, and I was just an unlucky one."