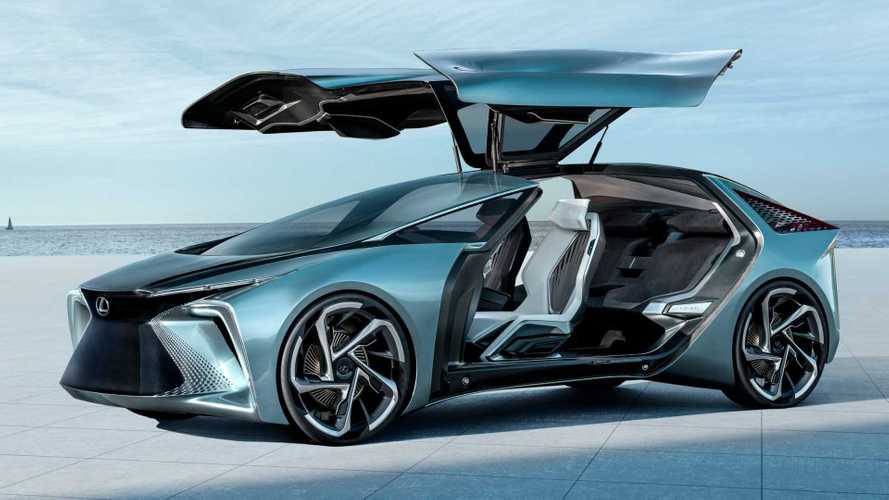 The company filed trademarks in the Europe, US and Australia.

Breaking down trademark filings is never easy. Automakers can obtain one they’ll never use, but this new filing from Lexus has a good chance of seeing daylight.

The luxury Japanese automaker filed trademarks in the Europe, US and Australia, first discovered by Lexus Enthusiast, for the RZ 450e. It follows the automaker’s current naming conventions, suggesting this could be an entirely new model the company will add to its lineup as it pushes further into EVs.

Lexus began its EV rollout last November with the UX 300e for China, Japan, and Europe to offer every model with an electric and plug-in hybrid powertrain by 2025. The company previewed that future with the LF-30 concept (pictured), also unveiled last year. It’s a sharp-edged concept with gullwing doors, four in-wheel electric motors, and polarising styling. But it was just a concept that we won’t see enter production anytime soon.

Pinning down what Lexus plans to do with the new RZ trademark isn’t complete speculation. As Lexus Enthusiast notes, Lexus already uses the R in its lineup with the RC and RX – a coupe and a crossover. The “e” at the end of 450e means it’ll feature an electric powertrain, following the UX300e. The only wild card in the name is the "Z." The LC and RC in the Lexus lineup are coupes while the ES, LS, and IS are saloons. The UX, EX, and GX are crossovers. So what’s an RZ? Lexus could use it to add a new body style to its portfolio, like a crossover coupe.

Lexus is just one of several automakers investing in electric vehicles. Cadillac recently announced the Lyriq, an all-electric crossover that’s set to arrive in 2023. Then you have entries like the Mustang Mach-E and GMC Hummer EV pickup. Automakers are approaching electric vehicles differently, with some going all-in while others are tepidly exploring the technology before rolling it out to the masses.