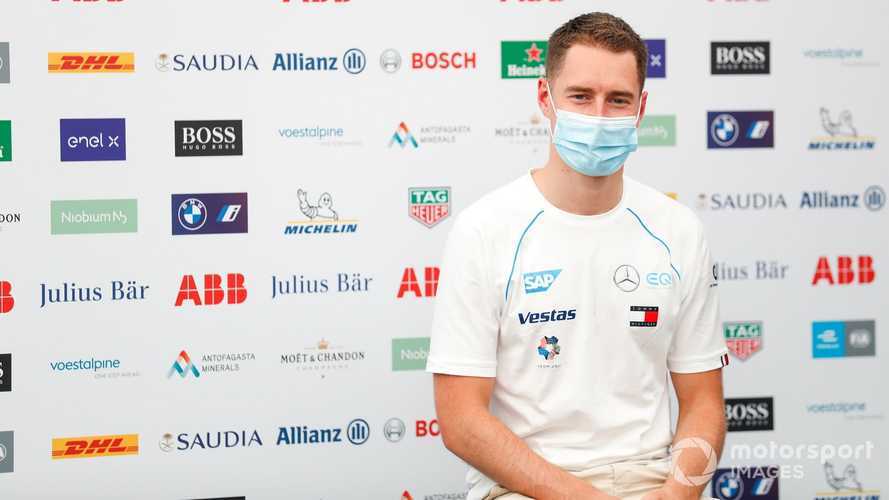 Stoffel Vandoorne will return to being on standby for McLaren on Formula 1 race weekends from the Spanish Grand Prix.

McLaren doesn't have a formally-appointed reserve within its team to support full-time drivers Lando Norris and Carlos Sainz, instead holding an agreement to share Mercedes’ back-ups if required.

But the team was forced to call on ex-Force India driver and current Sky Sports TV pundit Paul di Resta to be its standby driver for last weekend’s 70th Anniversary Grand Prix.

This is because Mercedes reserve Vandoorne was in Berlin racing in Formula E, while it emerged that fellow reserve Esteban Gutierrez was no longer eligible to race in F1.

Gutierrez was considered to deputise for Sergio Perez at Racing Point at Silverstone, but it emerged he must complete 300 km of running in an F1 car as it has been over three years since his last grand prix start.

Di Resta underwent a seat fitting at the McLaren factory in the MCL35 car in case he were to be required as a last-minute stand-in, much as he was for Williams at the 2017 Hungarian Grand Prix when Felipe Massa fell ill.

McLaren has now announced that it will return to its previous arrangement with Mercedes from this weekend’s Spanish Grand Prix as Vandoorne is available once again.

“At the moment our consideration is that we have an agreement with Mercedes regarding the use of their reserve driver in case there's the need on our side,” team principal Andreas Seidl explained.

“What was special [last] weekend is that Stoffel Vandoorne was simply unavailable because he is doing Formula E.

“But with Stoffel being available again from Barcelona onwards, that is our main direction.”

Vandoorne was a product of McLaren’s junior programme, and raced for the team through 2017 and 2018 before being dropped to make way for the line-up of Norris and Sainz.

After leaving McLaren, Vandoorne linked up with Mercedes to join its Formula E team, and took up a reserve driver role on the German marque’s F1 project.

Vandoorne’s second season in Formula E will come to a close on Thursday in Berlin, after which he will travel to Barcelona to be on standby for both Mercedes and McLaren.