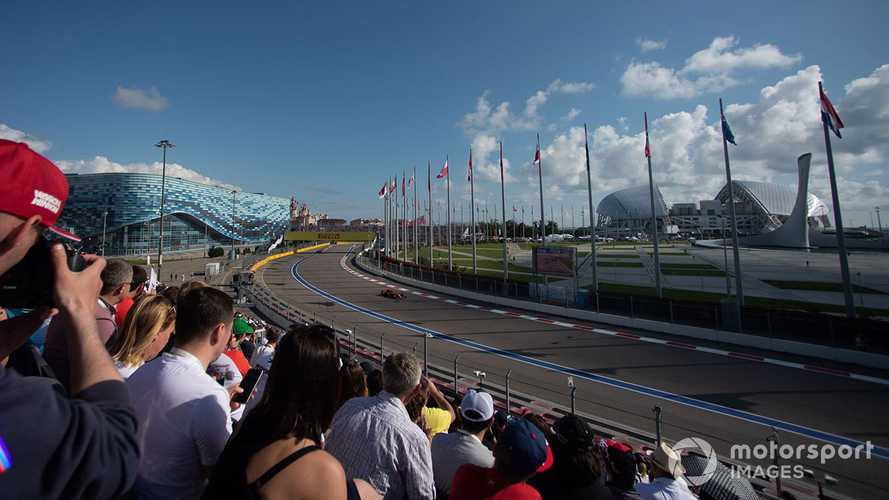 The promoters of the Russian GP aim to have grandstands at 50% capacity for September’s F1 race in Sochi, welcoming around 30,000 fans.

All F1 races have been run as “closed events” so far this season, prohibiting fans from attending and requiring reduced team personnel as measures following the outbreak of COVID-19.

F1 is looking at solutions to start bringing a limited number of fans back to races, potentially as early as the Tuscan Grand Prix at Mugello in early September.

But the Russian Grand Prix is the first race scheduled that is actively selling tickets for a grand prix, which will take place on 27 September.

The promoters in Sochi are looking to run the race at 50% capacity, meaning around 30,000 fans would be able to attend the event.

“For three months we have not been engaged in ticket sales at all,” Alexey Titov, the Executive Director of Russian Grand Prix promoter Rosgonki, told Motorsport.com.

“Now they are slowly resuming, taking into account the government's announcement that the race will take place, and with our recent announcement of the entertainment program,”

“It is probably premature to talk about the current number of sold tickets. But the picture is more clear about general restrictions due to coronavirus situation.

F1 has enforced strict protocols at its events so far to prevent the spread of COVID-19, conducting a rigorous screening of the paddock that has seen three people test positive, including Racing Point driver Sergio Perez.

Teams have been required to remain in their own bubbles and not interact with other teams, while the paddock has been off-limits to journalists.

Despite plans to have fans in Sochi, Titov said the strict rules would remain in place for the paddock, and that other aspects of the weekend such as the pit lane walk and autograph sessions would also be scrapped.

“This year, the grand prix will definitely not be a usual one,” Titov said.

“Yes, we will have spectators, but there will be no events such as a pit walk. There will be no autograph sessions. In the near future, we will definitely announce how we will replace this part of the entertainment program.

“We have several ideas, the details of which we are now finalising with Formula 1, but of course there will be certain replacements.

“There will not be the usual press opportunities in the paddock, because the paddock will remain closed. The FIA coronavirus protocol will also apply here.

“From this point of view, the race in Russia will be no different from other races. Only difference is that the fans can come to the stands and cheer for their favourite drivers.”

Tickets for the Russian Grand Prix can be bought via the Motorsport Tickets website.