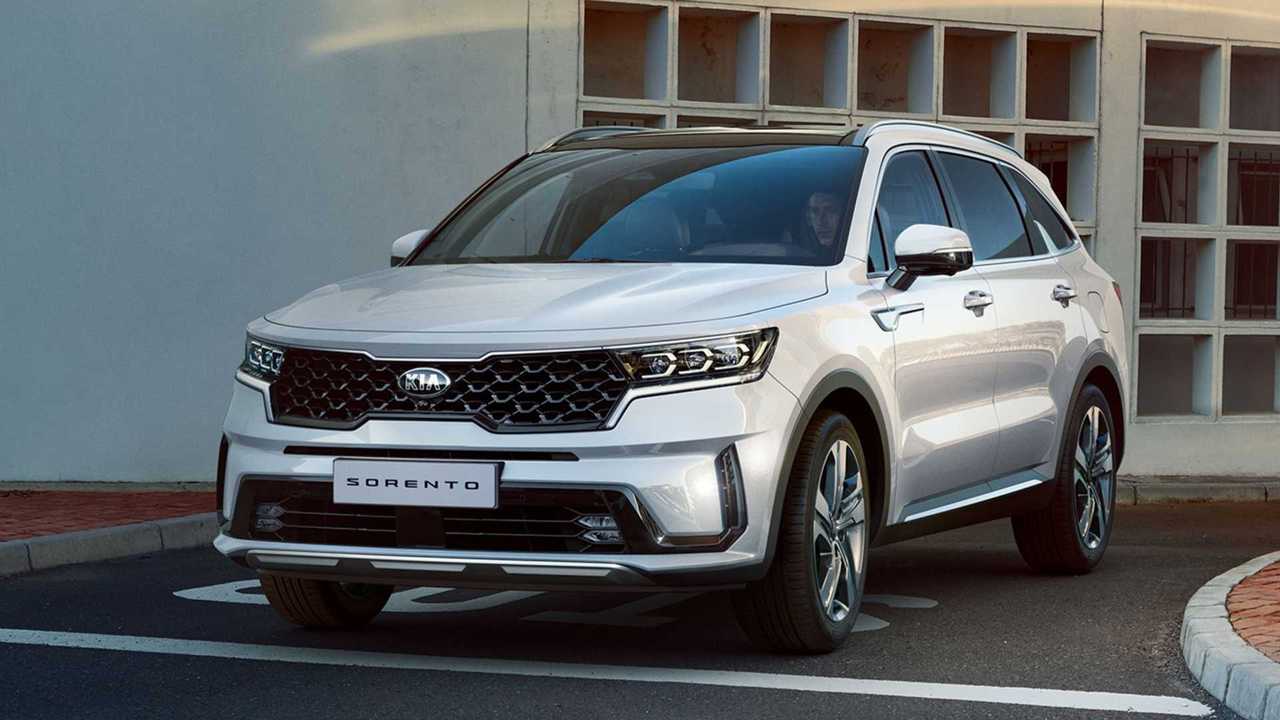 The South Korean company's flagship SUV is offered with hybrid and diesel power.

The all-new Kia Sorento family SUV is now on sale in the UK with prices starting at just under £39,000. At first, customers will get a choice of three trim levels and two engines – a petrol-electric hybrid and a diesel – while a plug-in hybrid version is set to arrive later this year.

At the foot of the line-up is the £38,845 ‘2’ model, which comes with 17-inch alloy wheels and a black front grille, as well as silver-coloured front and rear skid plates. LED headlights are included, too, along with front and rear fog lights.

Inside, there’s black cloth upholstery on all seven seats, two-zone climate control and heated front seats. There’s also a heated steering wheel, while the windscreen wipers and lights are automatically controlled, switching on when the car decides they are needed. Customers looking for more of a tech ‘fix’, however, will be more interested in the digital instrument cluster, eight-inch touchscreen and reversing camera, which is backed up by front and rear parking sensors.

More on the new Kia Sorento:

The only engine currently available with the ‘2’ trim is the 1.6-litre petrol-electric hybrid, which Kia says will produce 226 bhp. That’s enough for a 0-62 mph time of 8.7 seconds and fuel economy of 40.9 mpg on the official test.

Moving up to the ‘3’ model, which starts at £41,245, gets you the option of a 2.2-litre diesel engine, which claims to churn out 199 bhp. Although it’s slightly less powerful than the hybrid, it’s less than half a second slower to 62 mph and it’s more economical, returning 42.2 mpg.

But the diesel engine isn’t the only goody that comes with the more luxurious trim level. You get larger 19-inch alloy wheels, a glossy radiator grille and a satin chrome finish on the door handles. Privacy glass is thrown in, too, hiding the black leather interior and the heated seats in the middle row. Up front, there’s a larger 10.25-inch widescreen infotainment system, wireless phone charging and Kia’s UVO Connect telematics system, which gives drivers information about the vehicle and route through their phones and the on-board screens.

In addition, the ‘3’ gets push-button ignition and keyless entry, as well as a power-operated tailgate and self-levelling rear suspension. And to make motorway miles easier, there’s a system designed to reduce “driver burden” by controlling the car’s steering, acceleration and deceleration to keep the car in its lane and a safe distance behind the vehicle in front.

Finally, the ‘4’ model crowns the Sorento range, with prices starting at £46,945. That money buys you Nappa leather upholstery, black roof lining and a 10-way power-adjustable driving seat with an integrated position memory system. The front seats are both heated and ventilated, while there’s an opening panoramic sunroof and a head-up display that projects information onto the windscreen.

There’s a Bose speaker system, too, and a 360-degree manoeuvring camera that gives you a bird’s-eye view of the car and its surroundings. However, the only engine currently offered with that particular model is the 1.6-litre hybrid.