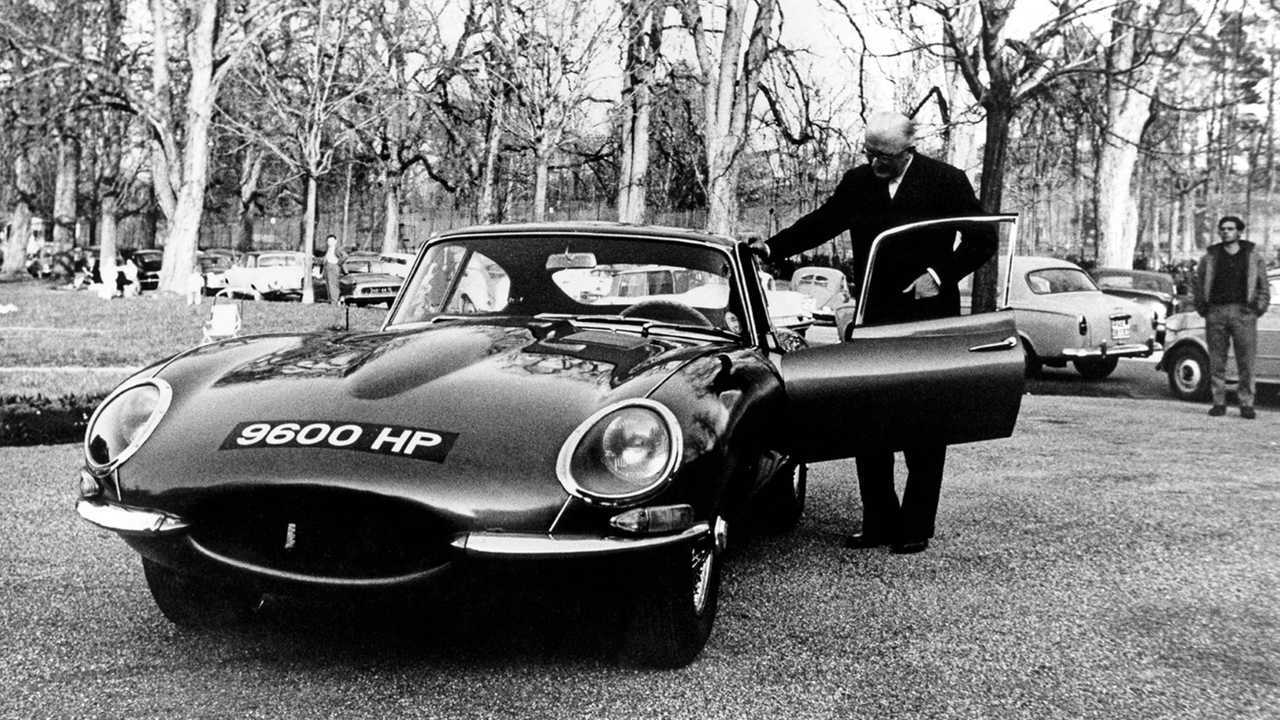 The company is offering customers six pairs of restored cars.

Jaguar has announced plans to celebrate the E-Type’s 60th birthday next year with six matched pairs of restored E-Types. The cars, which will be prepared by Jaguar’s in-house restoration team, Jaguar Classic, will pay tribute to two of the most famous E-Types ever made: 9600 HP and 77 RW.

Identified by their number plates, the cars played key roles in the launch of the E-Type, with coupe 9600 HP driven from Coventry to Switzerland just in time for demonstration drives at Geneva’s Parc des Eaux Vives. The demand for drives was so great that Jaguar’s legendary test driver Norman Dewis was told to drive a convertible version – 77 RW – to Switzerland overnight.

Discover how the lightweight GT Jaguar E-Type is built

Those two cars will be honoured as part of the E-Type 60 Collection, which will see each of the six pairs comprise a ‘9600 HP’ Coupe and a ‘77 RW’ Roadster. All 12 vehicles will be based on existing 1960s 3.8-litre E-Types, but the restoration will take the cars to “tribute specification”.

As part of that, the 9600 HP Coupes will come in Flat Out Grey - in reference to the speed at which public relations manager Bob Berry had to drive the car to Geneva. The 77 RW Roadsters, meanwhile, will come in Drop Everything Green, which references the instruction given to Norman Dewis ahead of his epic overnight journey. Both paints will be exclusively formulated for the cars.

Each E-Type 60 Edition will also come with a number of as-yet-undisclosed “60th anniversary commemorative design details”. Although the company is tight-lipped as to what these tweaks may be, the firm has said they will be created with the help of Jaguar design director Julian Thomson.

The cars will be built at Jaguar Classic’s base in Warwickshire, where the division provides maintenance and restoration for old Jags. There, the company provides vehicle health checks and sympathetic upgrades, as well as full restoration to ‘Reborn’ specification, which sees cars returned to as-new condition.

“The Jaguar E-Type is a genuine icon, as sensational today as the moment it was unveiled in 1961,” said Dan Pink, the director of Jaguar Classic. “It’s testament to the E-Type’s advanced design and engineering that it can still be enjoyed and admired as passionately almost 60 years on.

“The E-Type 60 Collection is a lasting tribute for E-Type admirers, honouring the car’s legacy and the achievements of the team that created it – many of whom have descendants working for Jaguar Classic today, expertly restoring, maintaining and future-proofing enjoyment for generations to come.”