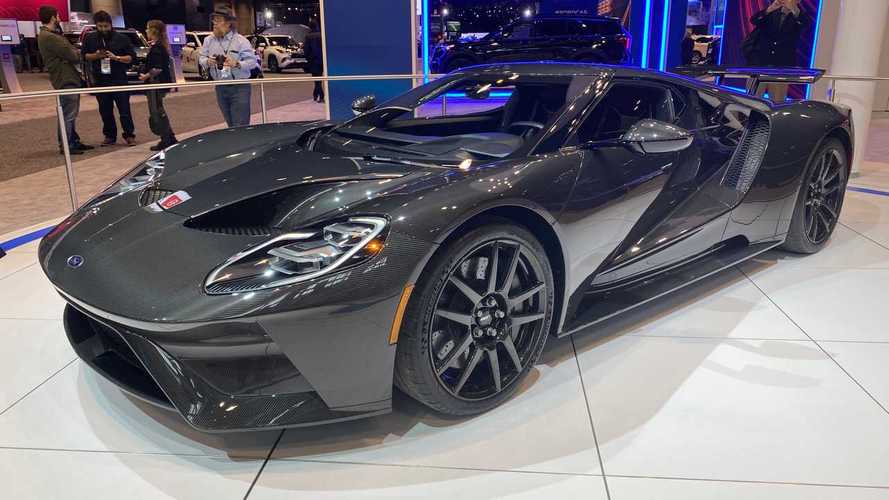 The Blue Oval supercar might be getting a little update this weekend.

A new rumour has surfaced that Ford will reveal a new variant of the GT on August 16. According to The Supercar Blog, the Blue Oval may release a special edition of the EcoBoost-powered, carbon-intensive machine on Sunday.

We reached out to Ford for confirmation, and a representative gave us that old chestnut that the company doesn’t comment on future products. However, taking a quick peek at the Petersen Car Week schedule, which kicks off tomorrow, Ford is unveiling a new vehicle on Sunday, August 16. It’s all but guaranteed that it will be some variant of the GT.

The company isn’t a stranger to special editions of the flagship supercar. In February, the Ford GT Liquid Carbon Edition took a bow at the 2020 Chicago Auto Show, boasting a sophisticated, naked carbon fibre body. The retro Gulf Racing livery shows up regularly on the modern GT’s curves, too. And at the 2017 Pebble Beach Concours d’Elegance, Ford trotted out a slick ‘67 Heritage Edition honouring the GT40 that won the 1967 24 Hours of Le Mans.

What might this new Ford sports car look like? The Supercar Blog mentions the special-edition GT Mk II race car – could a roadworthy version be on the table? More dramatically, the company could perhaps pay homage to the lesser-known GT40 Mk IV with a restyled version of the GT supercar – à la McLaren longtail.

Time will tell. Along with Sunday’s Ford debut, Petersen Car Week will also host an in-depth walkaround of the Gordon Murray T.50, two BMW reveals, several online car auctions, and virtual iterations of Legends of the Autobahn and The Quail, A Motorsports Gathering.