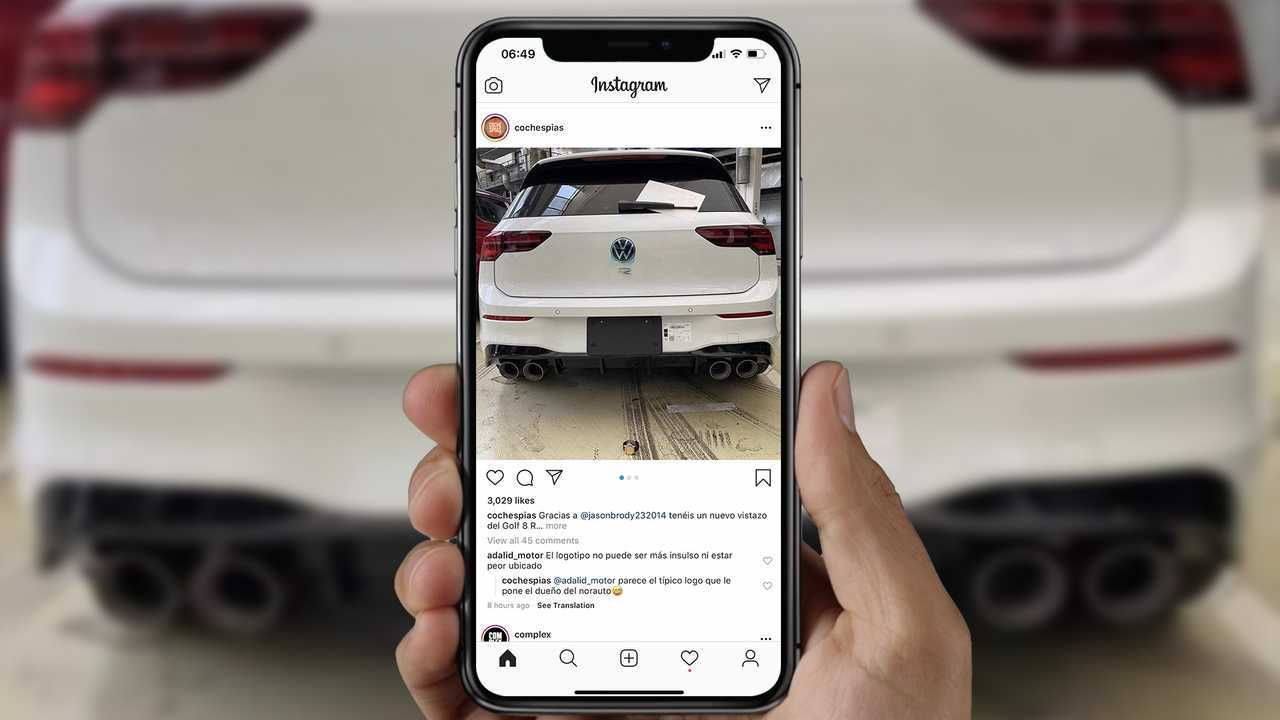 Plus a clean look at its steering wheel and rim design.

Ever since the launch of the eighth-generation VW Golf, the anticipation for its more potent version, the Golf R, has been off the charts – at least for us who are fans of the German hot hatch.

We've seen it spotted around the Nürburgring almost naked, both in a video and a set of spy photos, and we pretty much know what it looks like before its long-awaited debut. But then again, leaked images of the Golf R surfaced online to increase that anticipation, courtesy of cochespias on Instagram, which we embedded below.

The post contains three leaked naked photos. The first one shows us the Golf R's massive quad tailpipes and rear diffuser. You'll also see VW's new R logo at the centre of the tailgate, along with the company's revamped emblem for the digital age. And a wrist watch on the floor, which is kind of a mystery to us, but we digress.

Swipe right on the embedded widget above (or visit the actual Instagram post) and you'll see the Golf R's redesigned Y-spoke rims. The wheel itself seems to be 20 inches in diameter based on its quite low tire profile. It's also hard to miss the huge brakes with a blue, R-branded caliper.

Swipe one more to the right and you'll be greeted by the supposed Golf R's steering wheel and instrument display. It's pretty much what you'll expect from top-dog Golf – lots of tech toys, including adaptive cruise control and what seems to be soft-touch buttons. The driver's display is also fully digital, which, again, isn't a surprise at all.