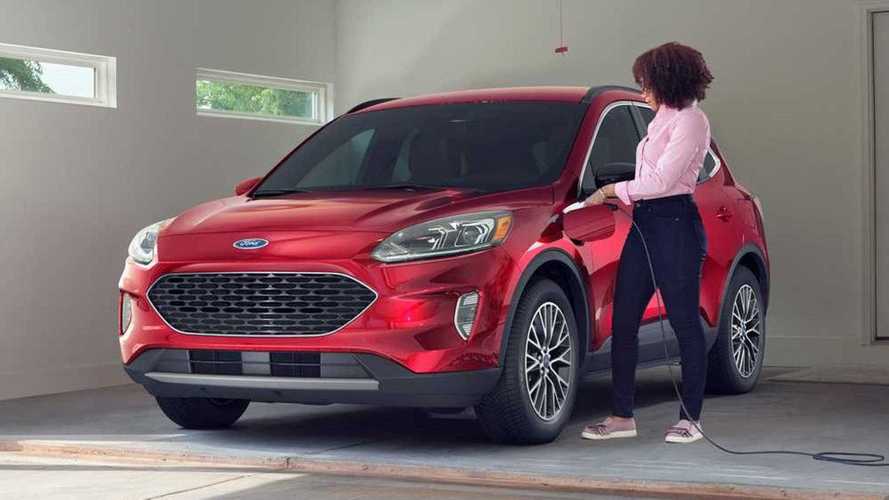 Owners of vehicles produced before June 26, 2020 should not charge their batteries.

In Europe, you know it as Kuga PHEV. In the US it is called Escape PHEV. Regardless of what you call this car, Ford halted sales due to fire risks. Apart from stopping its sales, the company asked owners not to charge them until a solution is provided, informs Autocar.

Ford estimates at least 26,000 units of the Kuga/Escape PHEV are affected by the issue, which does not have an official explanation at the moment. Although Autocar reported the problem in the morning in Europe, the company has still not provided a complete report about it. All units produced before June 26, 2020, had their sales halted, which implies Ford already identified the issue.

What we know at this point is that there were four fires so far, but Ford wants to avoid any new occurrences. If you are aware of any fires involving the Kuga or the Escape in plug-in hybrid guise, please get in touch through contact@insideevs.com or our Facebook page.

Half of all Kugas sold in Europe in H1 2020 were PHEVs. With this issue, it is not unlikely people will be more cautious in adopting the plug-in hybrid. It is vital to have in mind that Ford is betting big on PHEVs and electric cars, such as the Mach-E. Could the battery issue also affect other vehicles?

Any brand image damage at this point could harm the reputation of other Ford vehicles, but the company seems to have been quick in trying to get it sorted. We will only be sure about it when we learn about the fires and if other customers have been affected. Remember to get in touch in case you can help us learn more about this.