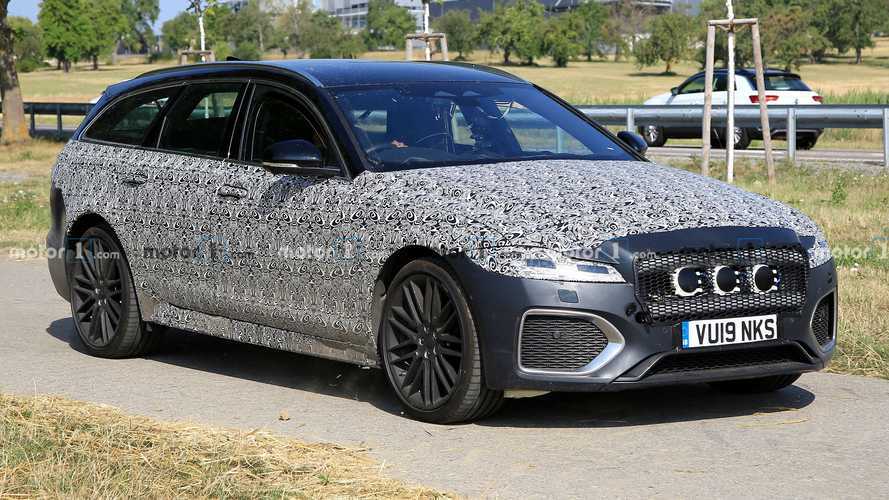 Many elements at the front have sharper edges.

New spy shots of the Jaguar XF Sportbrake catch the British estate with a little less camouflage on its nose. Currently, we expect the revised estate and its saloon counterpart to be on sale in showrooms next year.

In front, taking the camo off the front reveals that the headlights have a tweaked shape with sharper edges than the current lamps. At least in these photos, the grille also has more distinct angles. However, the mesh over it is just a placeholder, so the actual look might be somewhat different. The circular elements appear to be sensors for the driving assistance tech.

The lower fascia is also a bit different by giving the inlets in the corners a more trapezoidal shape. The opening in the centre gains little ridges along its outer edges.

We don't yet have high-quality photos inside the cabin. Expect the usual tweaks to the interior trim. Updates to the infotainment system are practically mandatory to remain competitive in this highly competitive segment.

Unfortunately, there's still quite a bit of camo on the rest of the body. The rear bumper is exposed, but it doesn't look like a production-ready part because of the matte black finish. Looking closely, you can see two exhausts pointing downward.

The powertrain changes for the XF saloon and XF Sportbrake will reportedly include updated diesel engines for Europe that will be compliant with RDE2 emissions. There's also a rumour of the 3.0-litre supercharged V6 going away. Other tweaks are still a mystery, though.

The timing for the unveiling for this refresh is still a mystery. There are lots of spy shots of development vehicles, though. We expect the unveiling to happen before the end of the year. 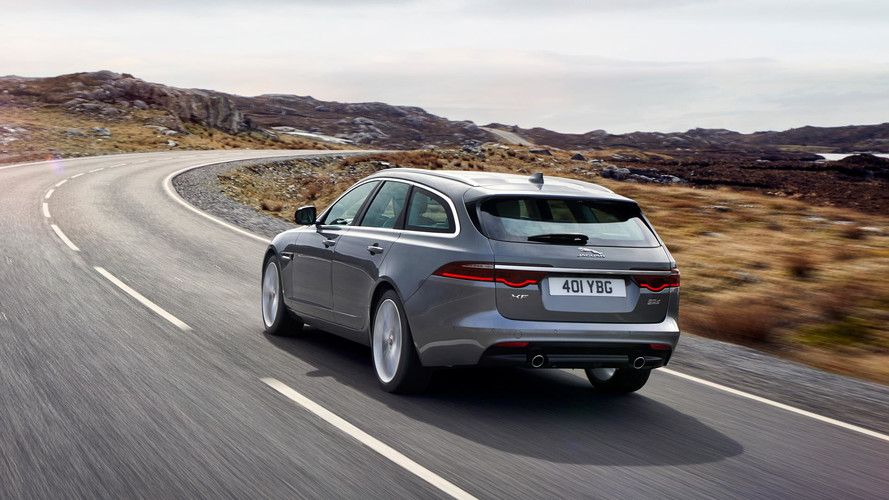