One of the quickest production cars ever built takes on a legendary limited-production plug-in hybrid supercar.

Lovecars puts the all-new all-electric Porsche Taycan Turbo S to the test by offering up a McLaren P1 for competition.

The Porsche Taycan Turbo S is one of the quickest production cars ever built. It ranks right up there at the top of the list with the super-quick Tesla Model S Performance. However, if you watch enough races, you know that this doesn't mean the Taycan is going to win them all. We've already seen it win some and lose some.

If you wanted to really give the Taycan Turbo S a run for its money, which car would you choose to challenge it? If we just stick with standard production vehicles, there are few aside from the Model S. However, if we move to limited-production supercars and hypercars, there are plenty of options. Arguably the most notable is the McLaren P1.

The McLaren P1 plug-in hybrid combines electric and petrol power to crank out over 900 bhp. It tackles a zero-to-60-mph sprint in under 3 seconds and has a top speed of 217 mph. When it was new, it was priced at over £1 million. 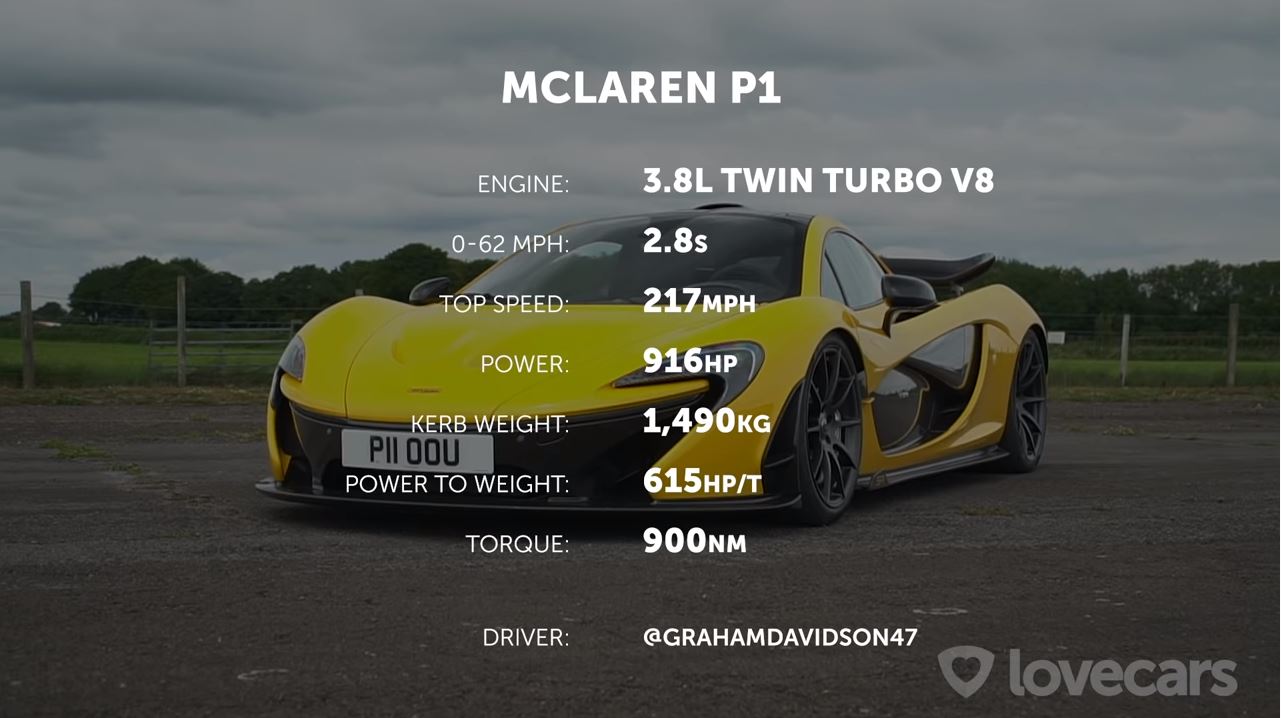 The range-topping Taycan Turbo S is Porsche's first all-electric car. It's important to note it doesn't have a turbocharger or any engine at all. It starts at £138,826 and comes standard with two electric motors and all-wheel drive.

The Taycan Turbo S cranks out 751 bhp with its 'Overboost Power with Launch Control.' It can hit 60 mph from a stop in just 2.6 seconds and has a top speed of 162 mph. As you can see, some of the numbers in the chart don't quite line up with the figures on Porsche's website. 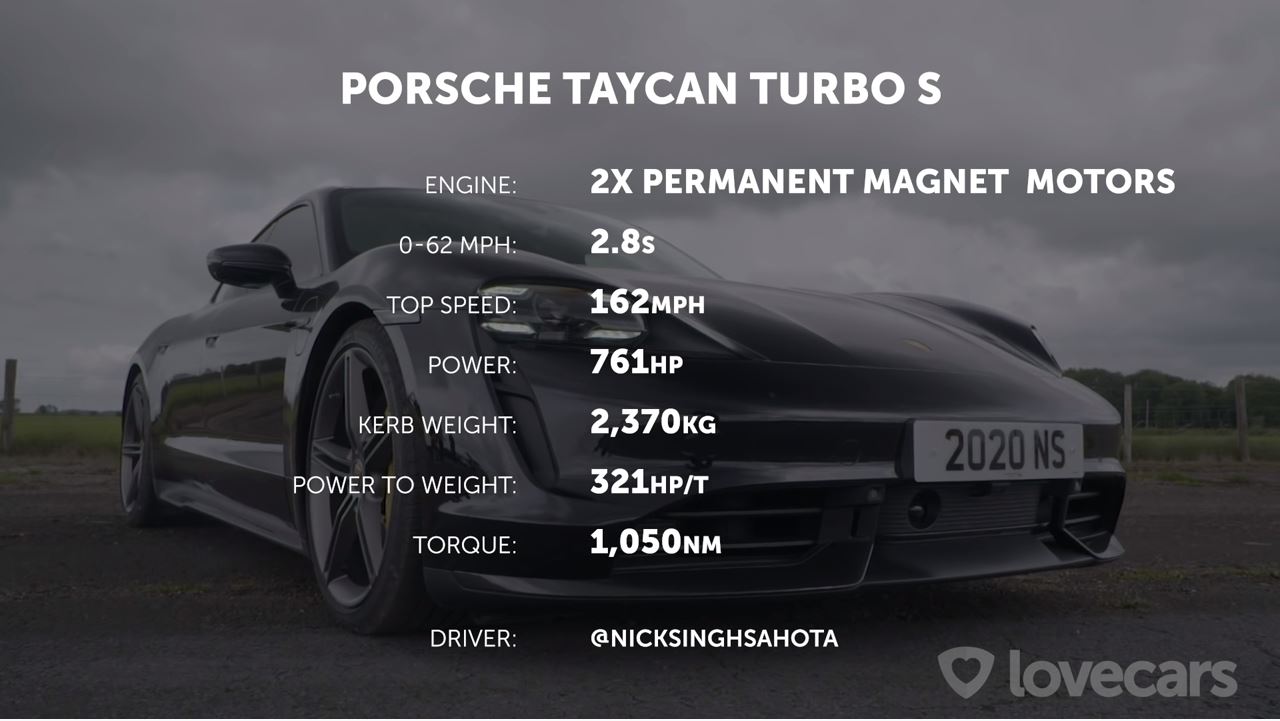 Check out the race to see which car comes out ahead in the quarter-mile run.