The Ferrari Mondial doesn't get a lot of respect by the enthusiasts of the Prancing Horse, making the model among the most affordable entry points into the brand. However, there's an example in The Netherlands right now that is in desperate need of saving. It sat underwater for 26 years and is now in a scrapyard. Ratarossa wants to rescue this nearly lost Ferrari.

This is a 1987 Mondial 3.2. It was stolen in 1994, and the thief apparently dumped the vehicle by pushing the Ferrari off the pier. Somehow, people recently rediscovered the long-lost car and brought the machine back to the surface.

This is where Ratarossa enters the picture. He has a passion for saving beat up Ferraris. He admits that this one is too far gone to bring back to the road, but that doesn't mean the machine deserves to go to the crusher. Even parting out the sunken Mondial seems impossible because decades underwater mean extensive damage to anything worth saving. 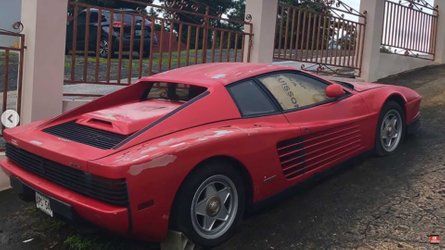 Who will save this abandoned Ferrari Testarossa in Puerto Rico? 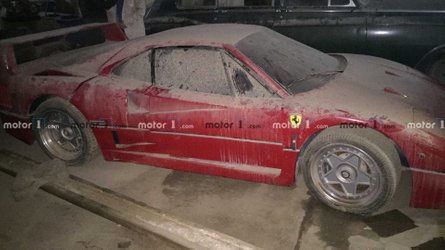 Ratarossa has a plan, though. There's an aquarium that's potentially interested in acquiring the Mondial and placing it in a tank with sharks. If there's no way to restore the car, maybe the best possible outcome is putting the vehicle back underwater in an interesting location.

Imagine going to the aquarium to see the fish and watching a shark swimming through the windows of a 1980s Ferrari. It's just something that would be funny to see.

Ratarossa is taking suggestions about other places this Mondial could go. There's a small possibility that it could become an art installation at a museum. This solution isn't nearly as whimsical as putting the machine back underwater at an aquarium, but the move at least keeps the car under an appreciative public eye.