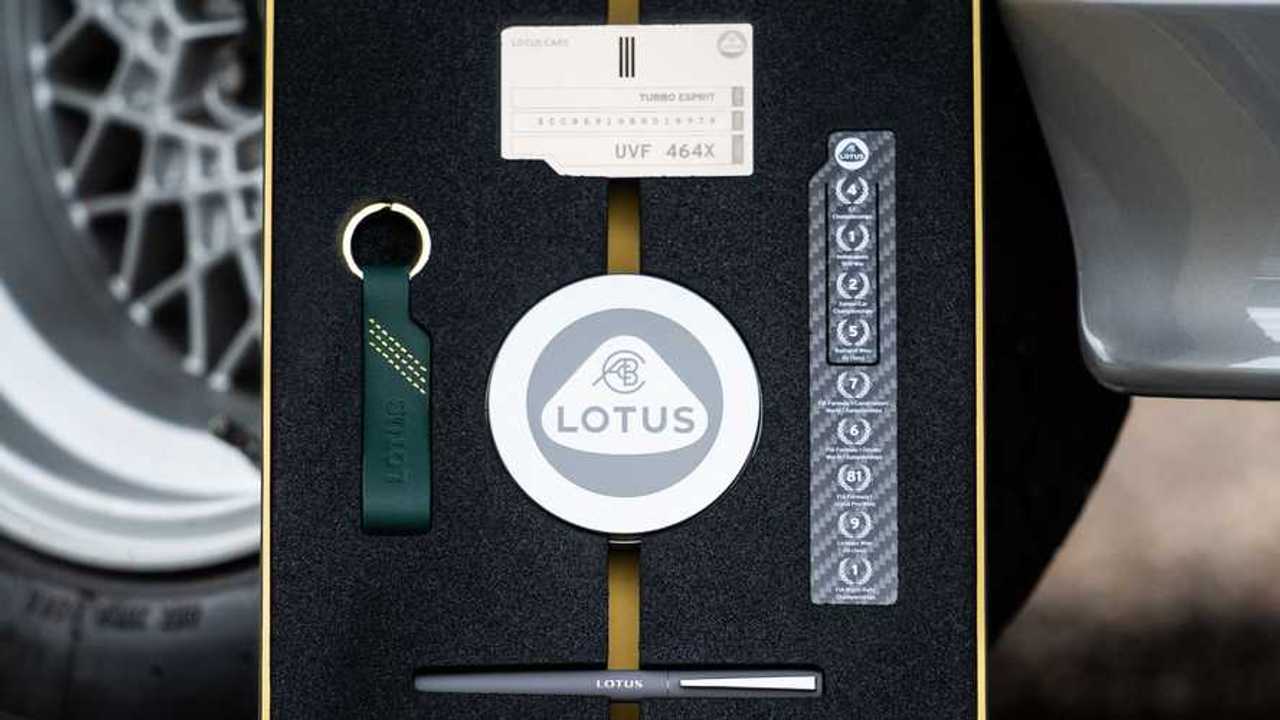 The certificates detail cars' identity and date of production.

British sports car maker Lotus has launched a new Certificate of Provenance programme that offers customers the chance to buy their car’s back story. Complete with a summary of the car’s details including the VIN, paint colour and specification, as well as the date of completion, the certificates are designed to give owners an insight into their vehicle’s history.

The certificates, which come in a simple black envelope placed inside a presentation box, are joined by build specification letters that present detailed vehicle information from the Lotus archive. The document offers the owner more in-depth information about the car, including its engine, transmission, standard features and optional extras.

At the same time, the package also comes with a personalised letter from Lotus Cars’ CEO, Phil Popham. Addressed to the customer, the letter thanks them for their purchase and, according to Lotus, updates them on the transformation taking place at the Hethel-based company.

Other features of the presentation box include a selection of Lotus collectables, including an aluminium plaque engraved with the owner’s name and information from the Certificate of Provenance. That’s joined by a leather Lotus keyring, a carbon fibre bookmark featuring the brand’s nine most significant motorsport laurels, a presentation tin of four badges, and a Lotus ink pen.

Aimed at owners and their friends or family, who may want to buy them a present, the Certificates of Provenance cost £170 plus postage for customers in the UK. The certificates are available worldwide, but Lotus says prices may vary depending on the market.

To launch the scheme, Lotus has bestowed a certificate on a 1981 Turbo Esprit with the registration UVF 464X. First registered to Lotus on August 1 of that year, it was allocated to company founder Colin Chapman for his exclusive use. When Chapman’s died just over a year later, in December 1982, it was sold by Lotus and has been in private hands since July 1983. In total, it has covered 11,000 miles and enjoyed regular maintenance.

Some of those miles were even piled on by former prime minister Margaret Thatcher, who took the car for a spin on August 5, 1981, just a few days after it was built. After driving it around some private roads, local media quoted Thatcher as saying: “I was tempted to drive away in it.”

With that history and several goodies specified by Chapman, the car is completely unique. It was the first Esprit ever to have power steering, and it’s also fitted with lowered suspension, modified brakes and BBS Mahle lattice alloy wheels. Now back in the hands of Lotus, the Silver Diamond car with red leather will receive a “sympathetic restoration” before joining the firm’s collection.

“What better way to launch our Certificate of Provenance than by showing how it has validated the celebrated history of an iconic and unique Turbo Esprit,” said Phil Popham. “The Lotus archive is a fully catalogued database of information and can provide a wealth of insightful facts on any Lotus car from any era. It’s the perfect gift for a Lotus owner anywhere in the world.”

“[Chapman’s Esprit] is an iconic and unique car from the Lotus back catalogue, personalised by our founder Colin Chapman and with a truly fascinating provenance. It deserves its place in our collection and we’re looking forward to showing it off.”