Chevy’s plans for the C8 remain a well-guarded secret.

As soon as Chevy revealed the 2020 Corvette C8 last July, attention turned to what’d come next. Rumours swirled of the high-powered Z06 and range-topping Zora models, as whispers of hybrid power also emerged. In 2015, speculation ran wild when General Motors filed a trademark for E-Ray, the first hint of an electrified Corvette. Thanks to a recent discovery by GMInsideNews.com, we now know GM renewed that trademark on July 31, 2020.

The filing comes at a time when the idea of an electric corvette is back in the news. In a new campaign video, Former Vice President Joe Biden vaguely mentions “an electric Corvette that can go 200 mph.” GM has been vocal about its plan to shift to zero-emissions vehicles, which would include the Corvette. However, it’s unlikely a fully electric Corvette wearing the E-Ray name is right around the corner.

Instead, the E-Ray name could see numerous applications, if Chevy decides to use it at all. Speculation persists that future high-performance Corvette models will feature hybridisation, which means there’ll be some form of electrification. Both the Grand Sport and the Zora are expected to feature hybrid engines. The E-Ray name could be used to classify the Corvette’s hybrid power plants, too, or Chevy could use it on something we haven’t heard about yet. 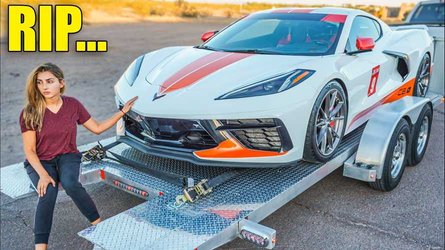 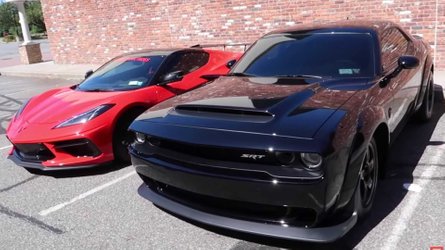 Why does this Dodge Demon lose three races in a row to 2020 Corvette?

There’s a significant chance the trademark continues to sit unused on a shelf at GM, forcing the automaker to renew it again in five years when we’ll write again about the E-Ray trademark, hoping GM does something with it. Hybrids will serve as a stepping stone for consumers before GM shifts to a fleet of fully electric cars. There’s a good chance we could see more hybrid Corvettes in the future, which makes a solid case as to why GM renewed the E-Ray trademark.

Source: US Patent and Trademark Office via GMInsideNews.com