Some cones were harmed in the making of this film.

Many petrolheads have probably seen moose test failure compilations. Revered by automakers worldwide, the moose test investigates a vehicle’s ability to swerve around a suddenly appearing object. While BMW’s racing pedigree could hint at a good result, take a look at this.

In its latest video, Km77 put the Bimmer to the test with a starting entry speed of 48 mph. While some cones were flattened, the direction change of the car appeared to be easy to control. Although understeer is seen as a big disadvantage in the racing world, it is much safer and easier to manage than oversteer.

BMW’s four-door had to slow down all the way to 42 mph to get through the cones unscathed. The apparent limiting factor was the set of Bridgestone Turanza T005 rubber that the standard vehicle is equipped with. Km77 says these tyres have never given them good results regardless of the vehicle, declaring that the high cornering forces produced by the moose test overload them much too easily. 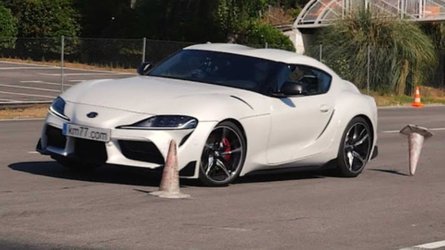 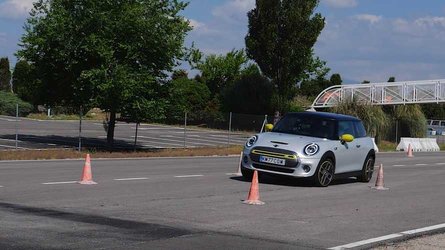 Mini Cooper SE moose test result is good, but no match for Cooper S or BMW i3

Some of the higher-speed tests were almost successful but still led to the demise of several cones. As many vehicles aren’t destined for success in this type of maneuver, it’s important to note that it puts them in a worst-case scenario. Let’s face it, many automobiles have gotten a lot heavier over the years – and therefore less nimble.

That said, all is not lost for the German automaker as many of its vehicles have produced good results in the moose test. There are many factors that lead to success or failure, but one clear winner is electronic stability control. While not as revolutionary as ABS, ESP has produced night and day results in these high-load situations.