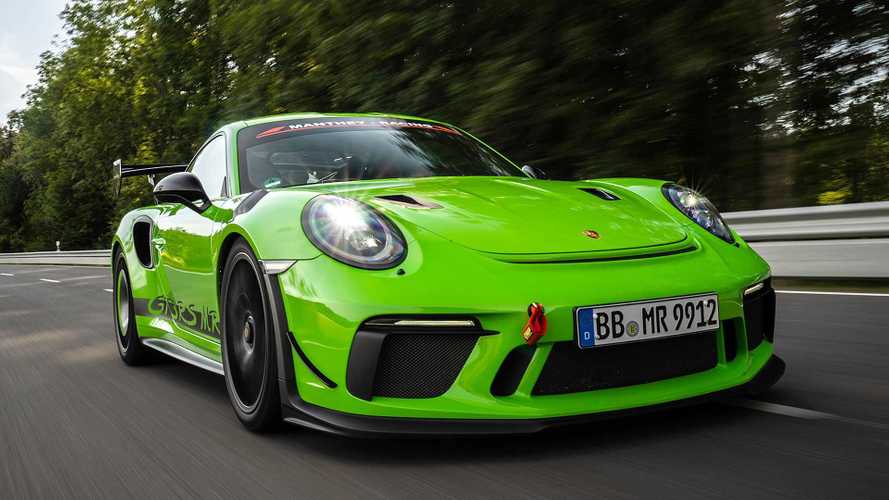 To many, the Manthey Racing brand won’t sound all that familiar. The company’s obscurity might not come as a surprise, as it has largely let its on-track results do the talking. So what makes its latest variation on the GT3 RS so great?

It would be impossible to start without mentioning the brand’s record-setting GT2 RS, as the upgraded GT3 RS features very similar modifications. Like that turbocharged monster, the car receives a comprehensive upgrade in the aero department with a new front splitter, rear diffuser, rear wing, reinforced boot-lid, and flaps on the front fascia. While the standard car has an aggressive aero kit already, Manthey has taken it to another level.

For the uninitiated, the company was founded by Olaf Manthey in 1996. While its main focus is on developing Porsche racing cars, the organisation carries the same ethos to the German automaker’s road-legal vehicles. Out on the track, they seem to possess the Green Hell’s Rosetta stone, with six victories at the 24 Hours of Nürburgring. Thanks in part to those wins, the company is the most successful Porsche racing team worldwide.

While the aerodynamics department received a big upgrade from standard, the suspension setup on the MR GT3 RS is the ace up its sleeve. The car bears the same adjustable coilover suspension seen in the team’s Porsche GT3 R racecars. While adjustable suspension is nothing new, the racing-specification dampers mean that Manthey can apply its knowledge from the track.

While some of the modifications to the car sound complex, others are very simple. For instance, the brakes are fitted with new braided brake lines and MR spec pads. Also available are new magnesium wheels with optional carbon fibre aero discs for the rear set.

To offer some perspective, the previous GT2 RS the company modified was seven seconds a lap faster than the standard car around the Nürburgring Nordschleife. Porsche factory driver Kevin Estre has been seen in the GT3 RS MR giving taxi rides to fans around the Green Hell, but an official lap hasn’t been set.

As the company’s office and test centre reside next to the Nürburgring Nordschleife, we’d love to see them attempt to time the new car.