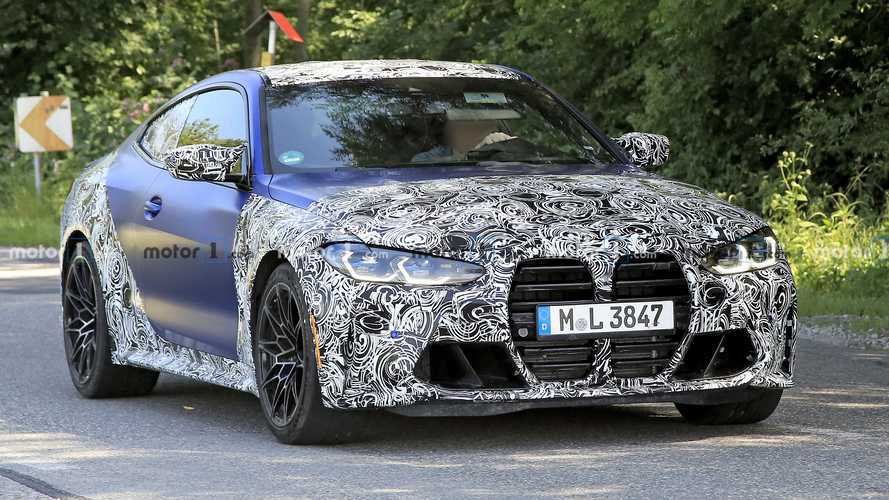 Take a good look at the new M4 just weeks before its debut.

The cat’s pretty much out of the bag when it comes to the design of the new BMW M4 but today we can share a new batch of photos, showing an even less camouflaged prototype. The striptease continues as the Bavarian company is putting the finishing touches ahead of the two-door rocket's September debut.

These shots were made by our photographers in Munich just earlier today and show an M4 test car with almost no disguise. Of course, the front end wears the necessary amount of camouflage but it’s not covering even an inch of the new giant grilles. The situation is similar at the back but the taillights and quad exhaust pipes remain clearly visible.

Judging by this trial vehicle, the development work on the new M4 is pretty much done at this point and the automaker is most likely making some final evaluations and adjustments to the sports coupe’s electronic systems. Everything else seems to be in its final production form.

If you are more interested in what’s happening under the bonnet, we have some good news. BMW’s 3.0-litre twin-turbo engine will be there with more than 500 bhp (373 kilowatts) offered in top-tier models, channelled through a dual-clutch gearbox and all-wheel-drive will be the norm.

What’s even more exciting, an M4 Pure will be offered alongside the standard version, providing an old-school three-pedal layout but only 480 bhp (358 kW) on tap. Last but not least, there are also rumours of a more practical M4 Gran Coupe.

Everything (or almost everything) should become known in about a month from now. At some point next month, the automaker will reveal the M3 Saloon and M4 Coupe.