The cat's pretty much out of the bag but Ford keeps preparing us for the premiere.

Ford first teased the new Puma ST back in May this year but, for obvious reasons, the company remained focused on other, more important activities for the next few weeks. It’s the beginning of August now and the automaker finally has another short teaser clip, previewing the sporty crossover ahead of its September 24 debut.

Published on Twitter, the short video shows little details from the car’s interior and exterior and mixes them with the reactions of people, who were involved in the development of the Puma ST. It goes from starting the engine to a drive on a bumpy road with emotional sounds and facial expressions coming from the team that “helped make it.”

The Puma ST is going to combine the excitement of a performance hatch with the practicality of a small crossover. The Fiesta-based front-wheel-drive SUV will receive the Fiesta ST’s 1.5-litre turbocharged three-cylinder unit. It should be good for 198 bhp (148 kilowatts) and 213 pound-feet (290 Newton-metres) of twist for an estimated 0 to 62 miles per hour (0-100 kilometres per hour) time in the mid to high six-second range. 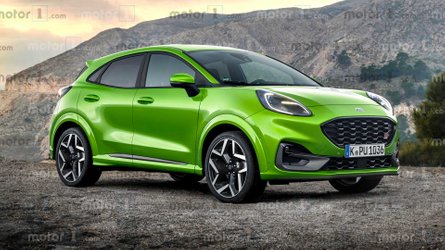 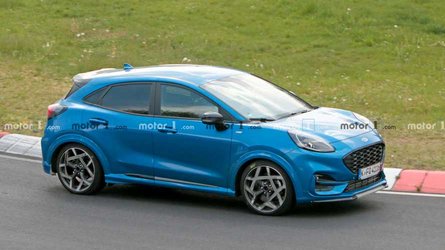 We’ve seen the Puma ST on tests a number of times and our artists even created an exclusive unofficial image (see below), unhiding all the little details. On the European market, once it goes on sale later this year, the Puma ST will be almost unrivalled in the small crossover segment. The only direct competitor we can think of is the Volkswagen T-Roc with the 190-bhp (142-kW) 2.0-litre TSI engine, but it’s not exactly a performance crossover.