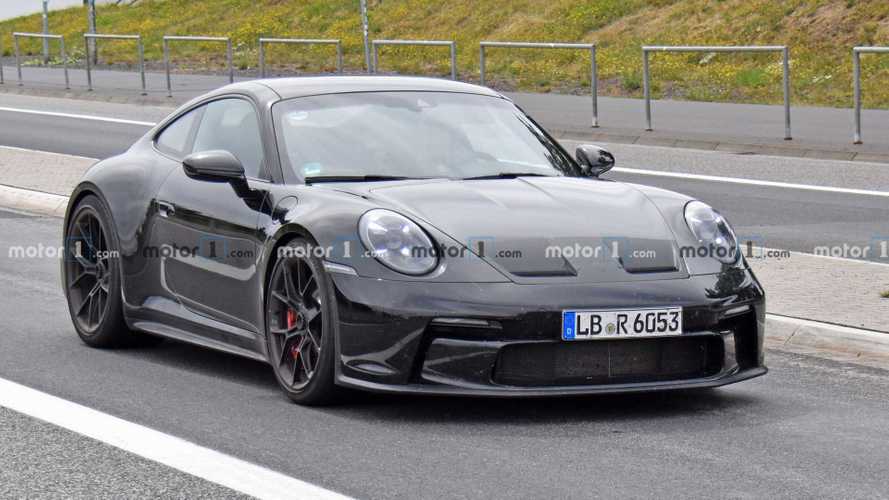 Porsche first launched the Touring package for the 911 GT3 in 2017 for the 991 generation of the sports car. The no-cost option quickly became a sales hit and the automaker won’t miss the opportunity to offer a similar option for the new 911 GT3 (992). These new spy photos suggest work on the Touring model is almost done.

Spied entering the Nurburgring, the car is almost completely undisguised, save for a few inches of black tape here and there, and a false plastic panel attached to the rear bumper. Everything else seems to be in its final form and the photos below are your early chance to take a look at the wingless design of the back.

The rear end is where most of the changes compared to a regular 911 GT3 are focused. Obviously, the massive fixed-wing is replaced by a smooth electric active spoiler, while a pair of centrally-mounted exhaust pipes emerge from the bumper. The black plastic panels attached to the rear bumper hide a modified diffuser.

It’s also worth noting that this prototype has two passengers onboard. In addition to the test driver, there’s also a second operator with a laptop in his hands who is probably making some final evaluations of the vehicle’s performance.

Speaking of which, the new 911 GT3 touring is expected to be powered by a modified version of Porsche’s 4.0-litre naturally aspirated flat-six engine with output numbers expected to be around 550 bhp (410 kilowatts). There’s no confirmation yet if there’s going to be a six-speed manual gearbox available or no.