12 tyre brands for everyday use tested in detailed video review 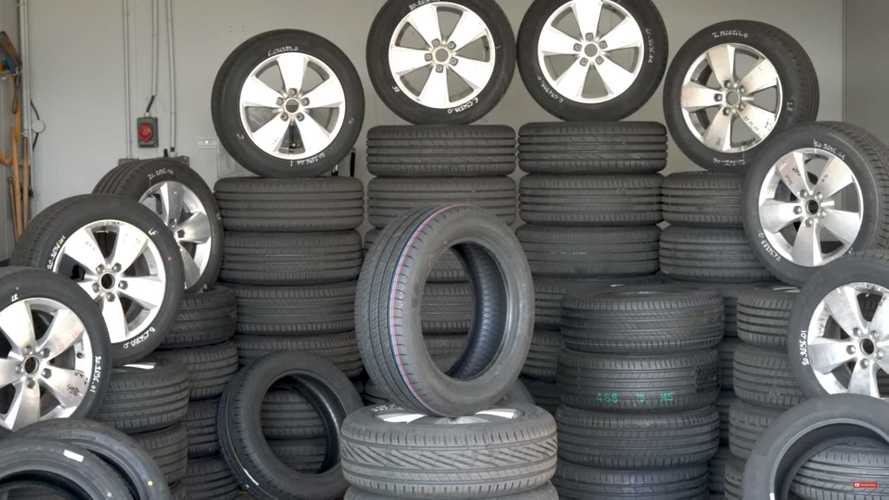 When car enthusiasts want to go faster on a budget, the conversation likely starts with adding power to the engine. While many begin with under-bonnet mods, a good alternative is an upgrade to the wheel and tyre department. In its latest video, Tyre Reviews takes a look at 12 candidates for the best performing rubber at a competitive price.

Goodyear granted Tyre Reviews the use of its testing facility in the south of France, home to the ribbons of tarmac on which the company evaluates its own rubber. As it’s in the South of France and not the North, the entyre facility is fitted with sprayers to wet the track at a moment’s notice.

That said, first came dry weather performance where unsurprisingly the top of the line brands (Goodyear, Bridgestone, and Continental) produced superior lap time and feel. While the Maxxis was superior in the wet, budget brand Nokian produced very similar performance.

As the most bought tyre size is 205/55 R16, that was the standard dimension that the experiment opted for with all 12 tyres on test. All of the sets were shod onto the same rim at the same pressure to avoid irregularities. Along with the controls for wheels and tyres, they were fitted to the same Volkswagen Golf test vehicle.

Video from inside a rolling tyre looks like an Anaconda's throat

With the owners of these size tyres most likely not frequenting track days, the video also featured noise and comfort reviews. To put it mildly, Jonathan Benson of Tyre Reviews pulled out all the stops here, using the exact microphone array that Goodyear uses to test interior cabin noise levels. While the Maxxis scored highly in previous tests, it went from hero to zero in this challenge, scoring last out of all twelve brands.

Aside from the Maxxis, Benson recommended the Falken, Goodyear, and Continental tyres as the all-around winners. As it tends to go in the tyre world, these three tyres do come with their drawbacks. The Falken wasn’t the most comfortable, while the Goodyear and Continental struggled with aquaplaning.