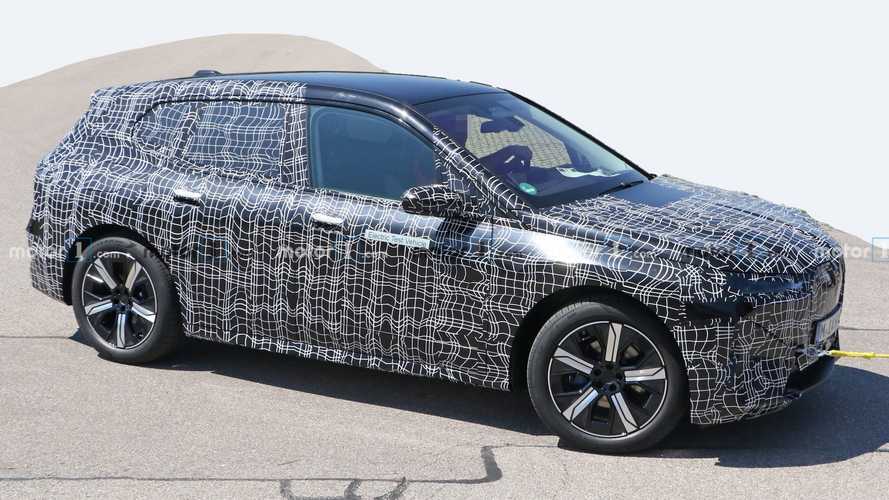 The EV arrives next year.

A new batch of spy photos provides a fantastic look at the upcoming BMW iNext. While the camouflage hides the specific design details, it's easy to get an idea of what this EV looks like when the concealment comes off.

The iNext has smooth, unadorned styling. There aren't many styling flourishes that are obvious at this point.

BMW is positioning the iNext as being a technological tour-de-force. One of the most interesting decisions is what the company is doing with its iconic kidney grille. As an electric vehicle, the openings to cool the engine are no longer necessary. Instead, the engineers are packing this area with many sensors to serve as the "eye" of the iNext.

The cutting-edge tech gives the iNext level 3 autonomous capability. A driver still needs to monitor the vehicle, but in some situations, the car would be able to pilot itself.

The iNext will use BMW's fifth-generation EV powertrain. While power figures aren't available yet, the company intends the range to be in excess of 373 miles (600 kilometres), at least in the rather optimistic WLTP cycle. Expect multiple powerplant variations to be available eventually, although perhaps not at launch.

The latest on BMW iNext:

BMW iNext grille teased, will serve as the SUV’s 'eye'

BMW will build the iNext at its factory in Dingolfing, Germany, following a €400 million investment into the plant. The upgrades will let the plant build multiple models with different powertrains on the same assembly line. The site will be able to build up to 500,000 EVs a year by 2022.

BMW will fully debut the iNext in 2021, and it'll be on sale later that year. As the premiere approaches, expect more camouflage to come off the development vehicles.