The Long Way Up coming to our screens on September 18 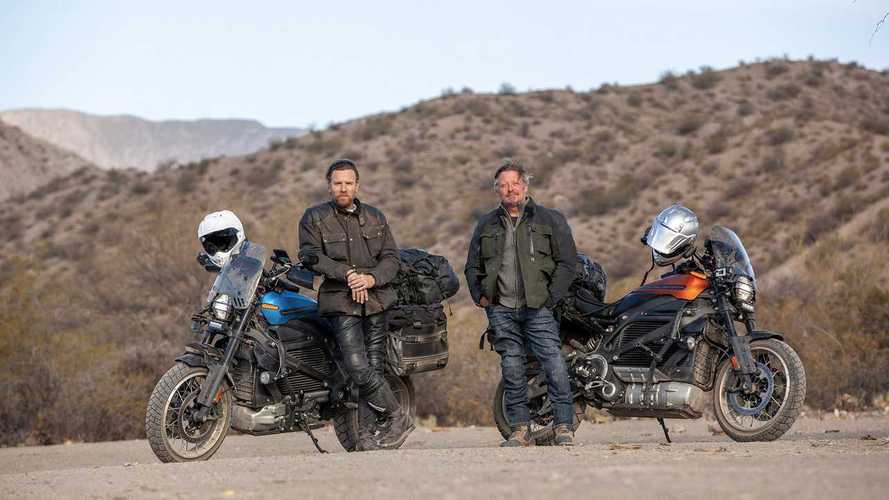 In 2004, pals Ewan and Charley became the most popular motorcycle vloggers in the realm with the introduction of The Long Way Round series, before YouTube, Itchy Boots, and Yammie Noob were even a thing. Three years later, the duo and its crew followed up with The Long Way Down.

The two British docu-series rapidly became staples of any adventure rider’s video collection.
With over 34,000 miles travelled between the two series, we thought McGregor and Boorman had seen enough of the world, hung their helmets, and retired their GSs. We were wrong.

In September 2019, rumours that the popular travelling duo and its filming crew was back on the road surfaced. Without any bells and whistles, Ewan and Charley tackled their third worldly adventure, and from Argentina’s southernmost tip to Los Angeles on a pair of specially-prepared Harley-Davidson LiveWires.

Our first glimpse at The Long Way Up's adventure that's not an Instagram picture.

After months of anticipation, we finally know when and where we’ll be able to check out their most recent shenanigans. Apple confirmed that the first three episodes of The Long Way Up will be available for streaming on Apple TV+ on September 18, 2020. The following episodes will gradually roll out on a weekly basis.

We learned back in July, 2020, that Apple acquired the rights to the series but we had yet to find out when it would debut. This means that viewers will need to subscribe to the streaming service to have access to the series—an admittedly frustrating commitment for some.

If it’s any consolation, the service only costs £4.99 a month and the subscription can be cancelled at any time. It’s cheaper than a cinema admission ticket, but with the giant screen and over-buttered popcorn. Welcome to 21st Century television, everyone. I’ve already made my peace with this reality and will throw my money at Apple to watch the series. I’ll report back.

Watch Ewan McGregor open up about The Long Way Up