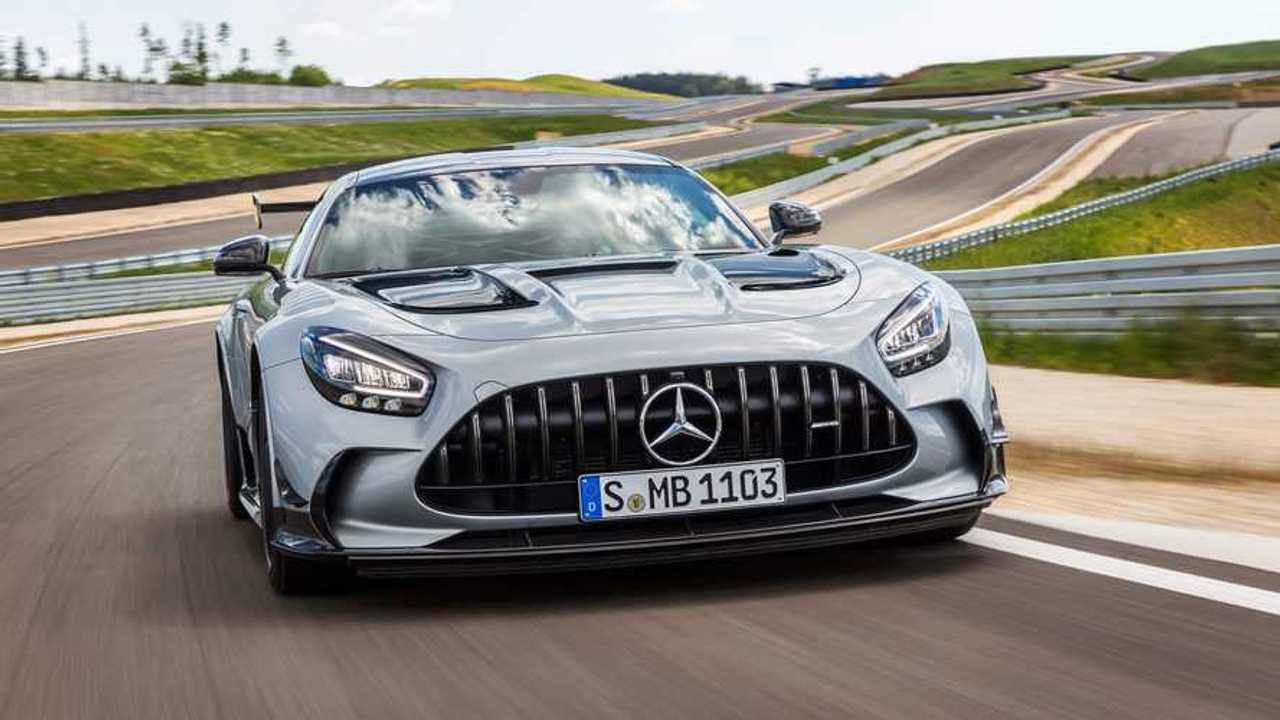 The 720 bhp supercar will arrive on UK roads this autumn.

Mercedes-AMG’s new GT Black Series is now on sale in the UK with a whopping £335,000 asking price. The 720 bhp supercar will arrive on our roads later this year, boasting a top speed of 201 mph and the most potent Mercedes V8 petrol engine ever to go into series production.

The sixth Black Series car to emerge from Mercedes’ AMG skunk works, the new AMG GT Black Series follows on from the SLS Black Series of 2013. Mercedes says the high-performance model is designed “specifically” for high-speed race track use, fitted with motorsport-derived technology yet still being road legal.

The motorsport lineage is made clear by the GT Black Series’ bodywork, which includes a huge rear diffuser, a carbon-fibre roof and carbon-fibre tailgate. The use of the lightweight material has helped to make the new Black Series the lightest AMG GT model built to date.

At the front, the AMG radiator grille is based on the GT3 racing car, while the carbon-fibre front wings get wheel arch ventilation with individual black fins. There’s an adjustable front diffuser, too, and bonnet elements finished in high-gloss carbon-fibre.

Underneath, the AMG GT Black Series gets an actively controlled AMG Performance exhaust system made from thin-walled stainless steel. The round twin tailpipe trim elements are finished in dark chrome and peep out of the rear diffuser.

In the cabin, meanwhile, the dark theme continues, with the standard AMG Interior Night Package teamed with an AMG Performance steering wheel. The wheel’s rim is trimmed in Dinamica microfibre with Black Series lettering, while AMG carbon-fibre trim adorns the door sills.

That all comes alongside the standard AMG Track Package, which includes a titanium roll-bar and four-point seat belts. However, the alternative is the no-cost option Comfort Package, which replaces the bucket seats with heated AMG Performance seats and a memory package.

And everything is upholstered with exclusive nappa leather/Dinamica microfibre fabric with contrasting orange topstitching. As with the bucket seats, though, customers can choose to switch to black with grey stitching at no additional cost.