A beautiful sight and sound.

Aside from its Bond fame, Aston Martin has a reputation for producing some very special vehicles. The long partnership that the company has enjoyed with Zagato is no exception. Recent spy shots showcase the latest special DBS GT hurtling around the Nurburgring Nordschleife.

To offer some perspective, Zagato is a coachbuilding company based in Milan, Italy. Both Aston Martin and the Italian coachbuilder have teamed up to make some very special vehicles, with production numbers that tend to run quite low. The British Italian partnership runs back more than half a century and shows no signs of stopping. Some of their greatest hits include the DB4 Zagato, and shooting brake variations on the Virage and Vanquish.

After a quick peek at footage of the newest DBS GT Zagato, it looks and sounds promising around the Green Hell. We’re not aware of how hard the driver was pushing, but the vehicle looked relatively in control, all evidence that the Zagato is built on some solid bones. The only slight issues appeared in Schwalbenschwanz corner, where the car sounded like it bottomed out quite harshly through the bumps.

Under the bonnet lies a 5.2-litre V12 engine producing 760 bhp (567 kilowatts). Numbers aside, the engine has the sound to back up its grunt. As is the case with these motors, the exhaust note presents a refined rage. We have our fingers crossed that this won’t be the swan song of the V12 powerplant. 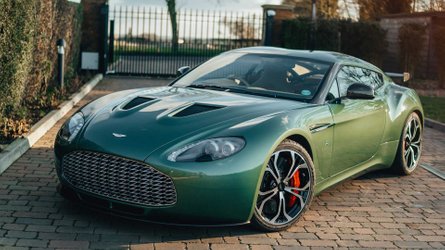 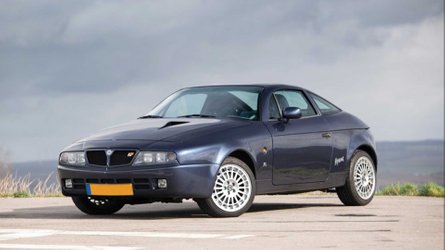 While the Zagato DBS GT does share a fair number of design cues with the car on which it’s based, the coachbuilder still worked its magic. One characteristic of the road-legal DBS Zagato that stuck out to us was the apparent lack of a rear window. We know manufacturers often have confidence in the speed of their vehicles, but this is up there.