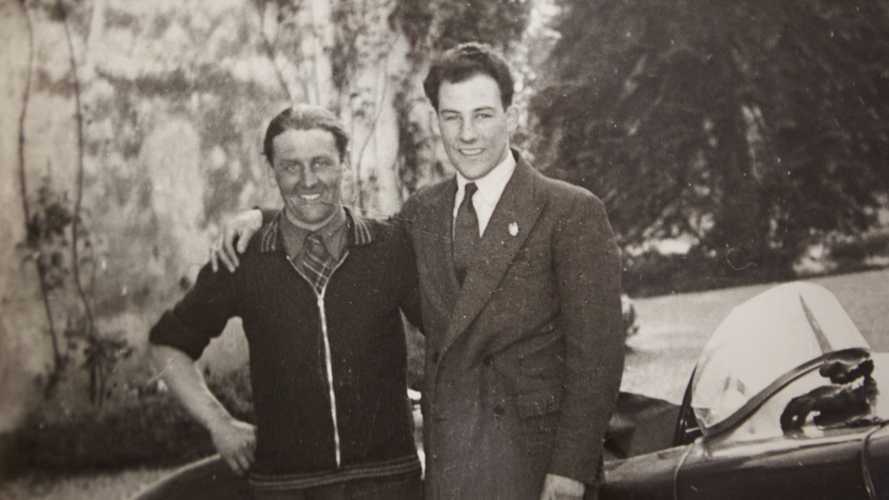 Norman Dewis would've been 100 this year.

Born on August 3 1920, Dewis joined Jaguar in 1952 and remained there for 33 years. During that spell he helped develop some of Jaguar's most iconic cars including the Mk1 and XJ, C-Type, D-Type, and the mid-engined XJ13 prototype. He also played a key role in the disc braking system co-developed with Dunlop.

Discover how the lightweight GT Jaguar E-Type is built

He didn't race too much, with Jaguar preferring to keep Dewis safe, although he did compete occasionally for the company, including at the 1952 Mille Miglia where he navigated for Stirling Moss in a disc-braked C-type.

The duo returned to the event, these days a classic rally, in 2012. There they reunited with the same car they dove 60 years earlier for a documentary, 'The Racers That Stopped the World'. It will be broadcast for the first time by Sky Documentaries this Friday and be available on demand.

Away from competition, Dewis set a production car speed record in 1953. Driving a modified Jaguar XK120 on the Jabbeke highway in Belgium, Dewis achieved a speed of 172.412 mph. Overall it is thought that he completed more than a million test miles at an average speed of over 100 mph.

Perhaps Dewis' most famous entry into Jaguar folklore was when he drove an E-Type from Coventry to Geneva overnight for it to appear at the 1961 motor show, where the now-legendary sports car proved to be a star attraction.

Dewis continued to be a global ambassador for Jaguar following his retirement in 1985 and worked with the brand when it produced the 'missing six' continuation Lightweight E-types in 2014 – he of course helped develop the originals back in the 1960s.

Dewis received the Order of the British Empire (OBE), in recognition of his services to Jaguar and the British motor industry, in December 2014. He passed away on June 8 last year, aged 98. He had hoped to drive a Jaguar at 100 mph once more on his 100th birthday but sadly never got the chance.