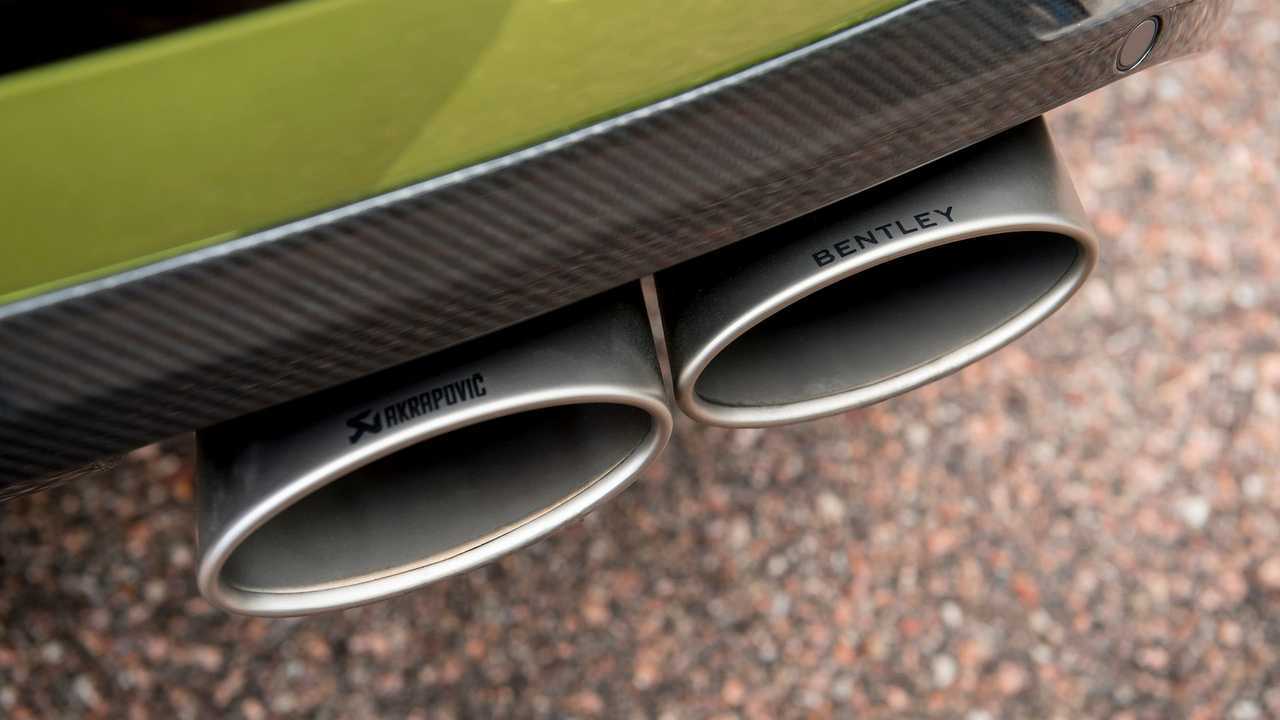 The racy new exhaust is only available in certain markets.

Bentley has launched a new range of accessories for the Bentayga 4x4 designed to “enhance” the luxury SUV’s breadth of capability. Four distinct packages are on offer, with each intended to accentuate a different facet of the Bentayga’s character.

The headline-grabber is the new Exterior range, which Bentley says is “designed for customers looking to accentuate the look and sound of their Bentayga”. Not only does this package include running boards, but also a new Akrapovic exhaust system that creates “a more exciting exhaust note”.

The system is inspired by the special exhaust made for Bentley’s Pikes Peak Bentayga, which set a new record for production SUVs on the infamous Pikes Peak hillclimb in 2018. That means the system is made from high-grade titanium, and the central silencer is replaced by straight pipes, which send the gases to a rear muffler filled with baffles. It’s all very involved, but it basically means the system is lightweight and provides a “characterful” sound.

2021 Bentley Bentayga with four seats is the 'limousine of SUVs'

2021 Bentley Bentayga configurator is up, spend your virtual money wisely

From the outside, though, the exhaust is marked out by the oval tail pipes engraved with the Bentley and Akrapovic logos. They’re also specially coated to give them extra protection and increase the longevity of the metal. The exhaust is only available for the Bentayga V8 in North American and Middle East markets, but a version of the exhaust for the first-generation Bentayga W12 is available globally as an aftersales accessory.

The other major part of the Exterior range is the addition of new high-gloss carbon-fibre door mirror cowls. The grey mirror housings are designed to be paired with Bentley’s Blackline Specification, which replaces all exterior bright chrome with gloss black trim.

Complementing the Exterior range is, of course, the Interior range, which includes a relaxation pack with leather-trimmed scatter cushions and extra footrests, as well as bespoke luggage inspired by the “design language of the Bentayga”. There’s even a range of golf bags available with diamond-quilted details to match the car’s upholstery.

At the same time, Bentley has also introduced a Touring range, intended to increase the carrying capacity of the already huge 4x4. There’s a roof box in the offing, as well as the capability to carry three bikes or six sets of skis, as well as a boot storage box for “valuables”.

Finally, the Protection range exists to provide “peace of mind” for drivers who regularly use their vehicle’s off-road capability. There are special mud flaps to protect the paintwork and heavy-duty floor mats to protect the cabin from muddy boots. The same sort of protection is offered for the boot itself, with a bumper protector designed to reduce damage from scrapes as items are loaded.

And when the car isn’t in use, Bentley is offering two different car covers, with each shaped to match the Bentayga’s lines. The indoor cover is designed to guard against the effects of moisture and dust, while the outdoor cover offers additional waterproofing and protects the paint finish and brightwork from weather and pollution.