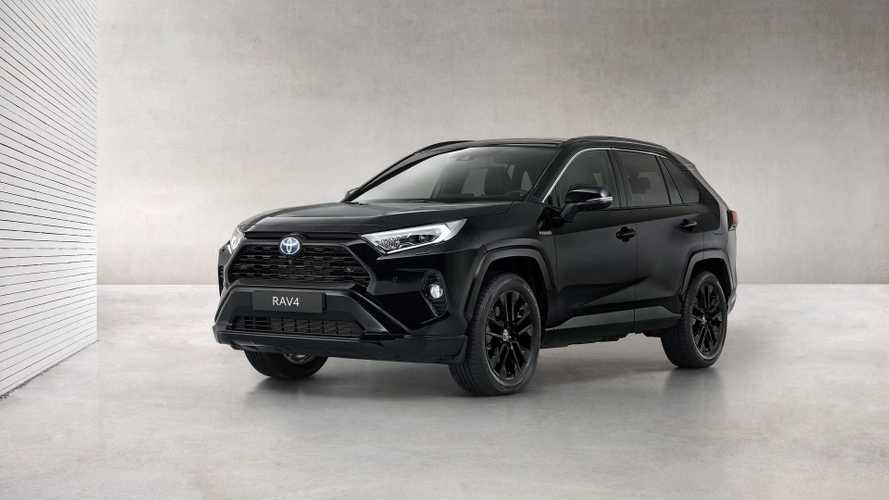 Prices will be announced later this year.

Toyota has given the popular RAV4 hybrid SUV a blackout look with the addition of a new high-specification model. Imaginatively named the Black Edition, the newcomer gets “a powerful one-colour treatment” to make the family crossover “stand out” from the crowd.

As part of the package, the RAV4 is not only coated in Galaxy Black paint, but it gets a matching front grille, lower grille and bumpers, as well as black door mirror casings, skid plates and rear “garnish” trim. Even the parking sensors are painted black, so the only interruption to the colour scheme is the chrome Toyota badge on the grille.

Toyota says the Black Edition’s paint job “throws the angles and facets of the bodywork into sharp relief”, making the most of the car’s design. Nineteen-inch black alloy wheels complete the look.

And the black theme has been replicated inside, too, with black synthetic leather upholstery adorning the seats. That luxury is supplemented with black roof lining and black interior trim, giving the car what Toyota calls “a striking cabin ambience”.

Standard equipment for the Black Edition matches that of the existing Dynamic model, which sits atop the RAV4 range. That means there’s a nine-speaker JBL audio system, a digital rear-view mirror and a 360-degree manoeuvring camera.

All that comes on top of the eight-inch infotainment system with the Android Auto and Apple CarPlay smartphone integration systems, as well as keyless entry and heated front seats. Two-zone climate control is carried over from lowlier models, too, as are the automatic headlights and windscreen wipers.

The Black Edition will also get all the Dynamic’s safety equipment, with blind-spot monitoring appearing as standard, alongside traffic sign recognition. Adaptive cruise control is included, too, allowing the car to automatically maintain a safe distance to the vehicle in front.

Toyota says it won’t confirm the full Black Edition prices and specification until we get a bit closer to the October launch, but expect it to surpass the Dynamic’s £35,735 starting price. We don’t yet know which engines will be available, but it seems certain that one or both of the Dynamic’s two hybrid powertrains will be in the offing.

The existing car teams a 2.5-litre petrol engine with electrical power, providing 215 bhp in the standard two-wheel-drive variant and 219 bhp in the range-topping four-wheel-drive version. The less powerful option will manage up to 50.4 mpg when bolted into the Dynamic model’s engine bay, and the more potent version is only marginally less economical. 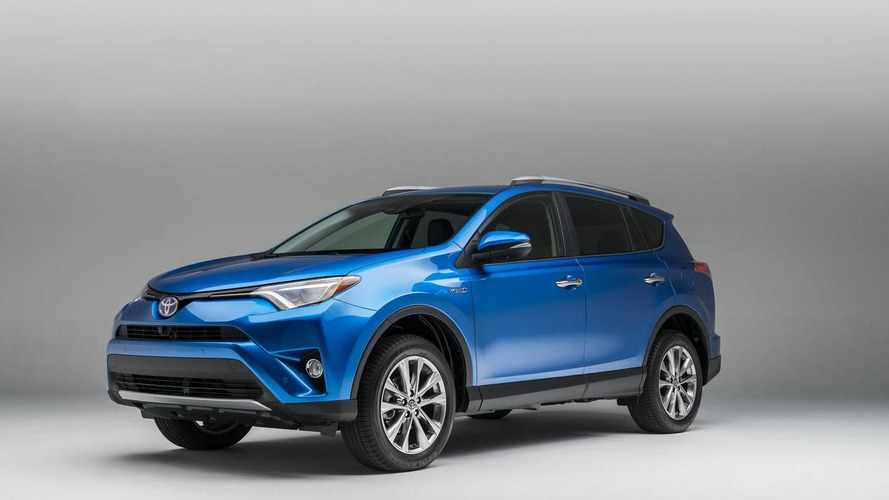